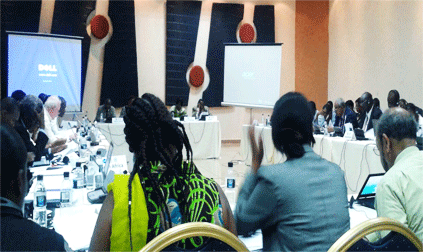 Leaders from 26 East and Southern African countries are meeting in Malawi’s capital, Lilongwe to make final touches to an agreement that may see the formation of what could prove to be Africa’s largest free trade area.

The proposed Tripartite Free Trade Area (TFTA) is touted to improve the economic and social welfare of the citizens of the COMESA-EAC-SADC region through promoting regional economic growth by creating a conducive environment for regional trade to take place.

Officially opening the 1st extra-ordinary meeting of the COMESA-EAC-SADC Tripartite Trade Negotiating Forum (TTNF) on 21 February, 2015, Malawi’s Trade Minister, Joseph Mwanamvekha, said he felt honoured to “be part of the process of coming up with a Grand Free Trade Area which has a combined population of 625 million people and a Gross Domestic Product (GDP) of USD 1.2 trillion.”

This accounts for half of the membership of the African Union and 58% of the continent’s GDP.

Mwanamvekha said, “Africa has a lot of wealth but that has not made us rich. We have a lot of human resources and that has not necessarily translated into improved productivity. We have the market and yet our producers do not have access to markets.”

Malawi’s Trade Minister said peoples of the region are culturally related and yet they are erecting unnecessary barriers thus making movement across the continent very difficult.

“We do realise that trading with each other is the only way to earn decent livelihoods and develop our economies and yet we bring in non-tariff barriers, which in a way make us trade more with those outside the continent and not amongst ourselves. We have the potential, and many commentators have indicated that we can be the next frontier on economic development after Asia, and yet we keep on letting that chance slip through our fingers.”

Calls for the establishment of the Tripartite Free Trade Area gained momentum in 2008.

“Our Heads of State and Government at the 1st Tripartite Summit in Kampala in 2008 called for the expeditious establishment of the COMESA-EAC-SADC Tripartite Arrangement,” Mwanamvekha said.

“Our leaders said the three Regional Economic Communities (RECS) should immediately start working towards a merger into a single REC with the objective of fast-tracking the attainment of the African Economic Community.”

The objective of the Heads of States and Government in their drive towards a Tripartite Free Trade Area (TFTA) was to achieve their vision “to improve the economic and social welfare of the citizens of the COMESA-EAC-SADC region through promoting regional economic growth by creating a conducive environment for regional trade to take place”.

The Kampala Summit reached an agreement on the key areas of cooperation by the three RECs namely: a program of harmonization of trade regimes of the three RECs; free movement of business persons within the three RECs; joint implementation of regional infrastructure projects and programmes, and legal and institutional arrangements for regional cooperation.

On the harmonization of the trade regimes, the Tripartite Summit agreed on the establishment of an FTA with the ultimate goal of establishing a Customs Union that involves the Tripartite Member States.

This call was further cemented by the 2nd Tripartite Summit in June 2011 in Sandton, South Africa where negotiations for the Tripartite FTA were launched.

Later on these leaders went further to prescribe the time frame of between 24 – 36 months within which phase one negotiations should be concluded.

And the meeting in Malawi’s capital is the first extra-ordinary meeting of the TTNF.

“Even though, we failed to beat the deadline of June 2014 that our Principals prescribed for us it is my hope that this meeting will be a catalyst to expedite the process, more so taking into account the fact that it is the last TTNF before the signing of the Agreement,” Malawi’s Trade Minister said.

“As such, let me take this opportunity to congratulate you all for the progress so far. Let me also at this point in time implore you to work even harder to make sure we achieve what we convened the meeting for.”

He said said as members of the same region and Tripartite family, delegates should enhance brotherhood and cement the ties that enabled us fight against colonialism and liberated our people.

“Now our people need to be liberated economically by, among other things,promoting regional economic growth through the creation of a conducive environment for regional trade to take place as the Heads of State and Government had envisaged. That time of economic liberation is now,” Mwanamvekha told the delegates.

According to Mwanamvekha, the Private Sector, is ready for this Free Trade Area.

“Can we therefore remember to carry out our duties mindful that the private sector out there cannot wait for another day,” Mwanamvekha said.

The minister implored Member/ Partner States to commit to the Tripartite Process in view of the fact that the Continental Free Trade Area will build on the Tripartite FTA.

He said, “Let us not dig into our rigid negotiating positions that will derail our progress because as they say ‘The dogmas of the quiet past are inadequate for the stormy present and future. As our circumstances are new, we must think anew and act anew’.”

Delegates were called upon to “look at the prosperity of this region through the lenses of brotherhood and good partnership that will enable us build more regional value chains.”

“Let us encourage trade even by the lesser amongst our people. The more inclusive we are the more successful this Tripartite integration will be.”

The Comesa-SADC-ECA tripartite free trade area, once turned into reality, will encompass 26 countries, over 600 million people and more than one trillion US dollars in output.

They are also planning to launch a customs union this year.

“We Want Monsanto Out of Nepal”

On September 13, 2011, USAID announced a partnership with Monsanto and the Ministry of...
Read more

The latest estimates are that a staggering 3 billion people or more cannot afford a healthy diet. In sub-Saharan Africa and southern Asia, this is the case for 57 percent of the population – though no region, including North America and Europe, is spared.
Read more