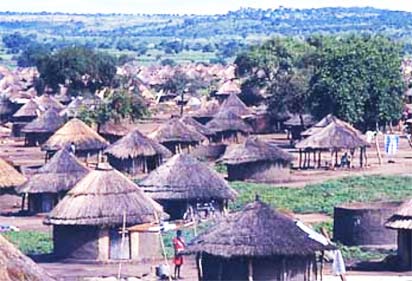 A report published by a research team at the University of Oxford shows that refugees can have a positive economic impact on host countries. The report was based on a research by the Humanitarian Innovation Project at the University of Oxford. The research project aimed to show host countries how they can build upon the skills, aspirations and entrepreneurship of refugees. The researchers involved say that humanitarian response, especially towards refugees, has historically been based on a model of donor state-led assistance, which in some cases has led to unsustainable responses or long-term dependency.

The study by the Refugee Studies Centre at the University of Oxford focuses on Uganda, a country where refugees have greater freedoms to move around and work. The report finds that this freedom has enabled many refugees to make their own way in the business world. They are often highly networked individuals, using mobile phones and the internet to run businesses, sometimes even having global trade networks.

In addition to qualitative studies, the researchers conducted a survey with 1,593 refugees in Uganda. The refugees were mainly from the DR Congo, Rwanda, Somalia, Burundi, South Sudan, Ethiopia, and Eritrea. The data was drawn from refugees in Nakivale and Kyangwali settlements, as well as Kampala The researchers also interviewed Ugandan nationals, government officials, business representatives, and staff from the Office of the United Nations High Commissioner for Refugees.

Far from being exclusively dependent on aid, 99% of the refugees said they were earning their own income. In the capital city Kampala, 78% received no international aid at all. Meanwhile, 40% of refugees who were employers provided work for Ugandan nationals, and nearly half (43%) of the employed refugees living in Kampala worked for Ugandan nationals. The report argues that refugees can bring economic benefits to their host country, contradicting a widely held view that refugees are just a drain on a receiving nation’s resources.

The 44-page report, Refugee Economies: Rethinking Popular Assumptions, shows that many refugees in Uganda do rely on humanitarian assistance; however, most are more dependent on their own social networks and aspire to receive other forms of support. In many cases, they seem to create sustainable opportunities for themselves and make enough to be able to afford basic necessities such as food, water, shelter and clothing.

The report also details how refugees trade with each other within their settlements, with some nationalities appearing to have different strengths and preferences in the markets they choose to operate in. Many Somali shop-owners in Nakivale, for instance, operate out of small stores that import products from as far as Dubai and Thailand. Across rural refugee settlements throughout the country, daily, weekly and monthly markets are taking place that benefit not only the refugees, who are drawn from all over Africa, but also Ugandan nationals who visit the markets in significant numbers, says the report.

Report author Alexander Betts, Associate Professor of Refugee and Forced Migration Studies at the University of Oxford, says: ‘To date, there has been very little research into the economic lives of refugees. Refugees have a range of different occupations and trades to offer, with some being successful entrepreneurs. They often benefit the economy of the country where they settle, yet it is commonly assumed that refugees are passive individuals who only rely on aid.

‘In Uganda, refugees have more rights than in many other host countries, but this study shows that given basic freedoms, refugees often find a way of earning enough to live on. Refugees are often highly networked individuals who are not only operating from within the refugee settlements but also nationally and internationally. The situation in Uganda can be regarded as a success story as its refugees are making a positive contribution to the country’s economy.’