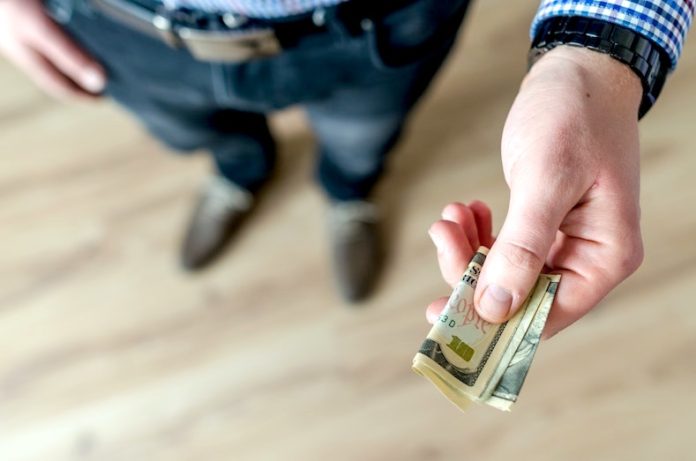 The Government of Trinidad and Tobago has announced that it will be giving churches and religious bodies TT$30 million over the next three months to mitigate the challenges of the lockdown during the COVID-19 pandemic.

The Finance Minister explained that the grants will be rolled out in tranches of $10 million per month for three months (May, June and July) “in proportion to the size of their congregations for them to distribute food to the poor and needy.”

It is unclear, though, if the Minister means cooked food or foodstuff (hampers). During this pandemic, the Government has been vague, arbitrary, and contradictory, and has, for instance, revoked the pandemic employment leave.

It is also unclear if Muslims, Hindus, and Orishas would be included in this category of handouts. Do other “religious bodies” include non-Christian organisations? We may assume so.

The Government has also not made it clear if the grant would go to registered “spiritual groups” such as the Hare Krishna Movement, the Sai Baba Organisation, and the Brahma Kumaris Raja Yoga Centre.

See Also: The World After COVID-19

The word “church” is used by the Government but not “masjid”, “temple” or “mandir”, much like the duplicitous exclusion of non-Christian organisations in many “inter-faith services”. Is this an expression of indifference, intolerance, non-recognition or contempt for non-Christian faiths by an Afro-Christian-led Government? In an ethnically-plural society like ours, “church” cannot be used as a generic term. It connotes exclusion and discrimination.

According to the 2011 Central Statistical Office (CSO) census, Hindus account for 18.2% of the population and Muslims constitute 5%.

While this Government grant is a wise initiative in a pandemic that falls in an election year, Muslim women and Hindus will be particularly disadvantaged.

If cooked food is to be served from May after the lockdown has been lifted, Muslims and Hindus would have an edge. Almost all mosques and temples have kitchens and utensils to cook large amounts of food. Most churches do not have these facilities.

People who do not attend churches, mosques, and temples, regularly or at all, would be denied these grants. Where do poor, needy atheists fall? What about members of a family who attend more than one place of worship? Or Muslims who pray at various mosques in a single day because of their work and travel routines?

Women do not attend mosques regularly except during Eid, weddings, celebrations and special occasions like an hakika [feast for a child’s birth]. Muslim women do not usually attend mosques during the communal Friday midday prayers (Salat al-Jumu’ah). Even if a male in the home attends, what is the situation with the single, female-headed households?

Women do not attend, particularly at itikaaf during Ramadan, which is the last 10 days and nights when men seclude themselves in the mosque.  Women also stay at home during the Fajr breaking-dawn prayer to take care of the children, the elderly, and the physically-challenged.

Some Muslim organisations such as the Ahl al-Sunnah wa’l-Jamaa‘ah follow the directive that a woman reaps more sawaab [reward] by praying at home which is private and hidden.

Hindus of both sexes do not generally attend temples, except on special occasions like weddings, a 7-night yajna discourse, or the Shiv-raati night vigil. Only a small number of Hindus attend the Sunday morning services.

Almost all Hindus have a small private place of worship in or outside the house, signified by a jhandi [sacred flag pole]. They do family worship to the deities in these spaces.

Would there be accountability and transparency in the Government’s stated system? Clearly, this method of financial and food distribution is flawed and a recipe for corruption.

The grant should instead be given to religious groups based on their size in the population according to the 2011 CSO census, e.g. Hindus would receive 18.2% of TT$30 million, and Muslims 5% ($5.5 and $0.2 million, respectively). They, in turn, would redistribute the funds to their constituent sects under the judicial oversight of an external panchayat [5-member arbitration body] if there is a dispute.

At least 83 children have been killed in the northern province of Ituri in the Democratic Republic of Congo between April and July, reports Save the Children.
Read more