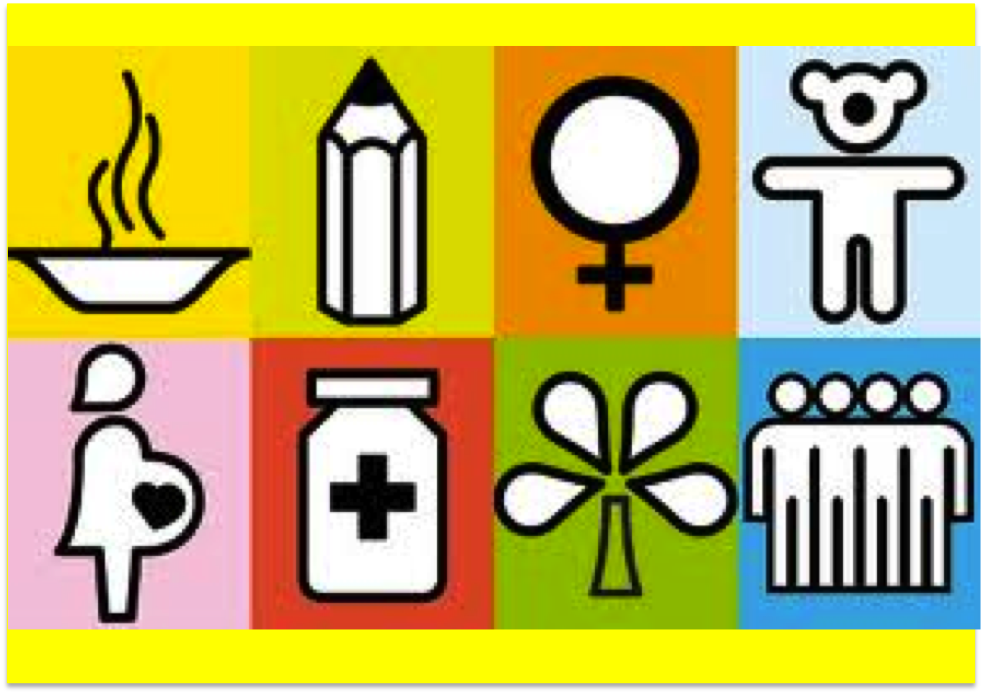 There is more to life than money and by now it is well established that gross domestic product (GDP) is an inadequate measure of development. It allows for a crude assessment of economic activity within a country, but does not account for side effects known as externalities. These include environmental destruction and pollution, human lives lost in other countries from the development and sales of weapons technologies or negative effects on health of products and technologies that otherwise make money and therefore contribute to GDP. Furthermore, negative contributions of products developed by tobacco, weapons and other companies all count towards a positive GDP figure, further diminishing the emphasis we should place on it as an indicator of human progress. 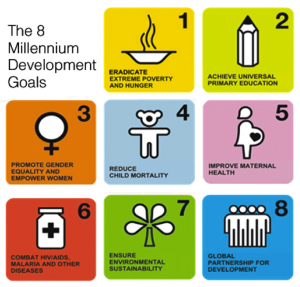 These inadequacies drove the development of alternative gauges aiming to include more of what it means to be human than hard cash such as the UN’s Human Development Index (HDI); Bhutan’s Gross National Happiness Index; the recent, rather exciting, Happy Planet Index developed by UK’s New Economics Foundation; and of course the Millennium Development Goals (MDGs). The latter is particularly important because, unlike other measures, which still reside in the fringes of development thinking, it has been widely adopted as a framework for international development. It sets out eight clear goals, felt by the international community to be the most important ones to reach by the year 2015. These include ambitious goals to eradicate extreme poverty and hunger, provide primary education to all, ensure maternal and child health, ensure environmental sustainability and more.

Tens of thousands of agencies, charities and individuals have strived to contribute to the achievement of one or more of these crucial aims in their base countries and the work they have done is not to be negated. However, as 2015 approaches, a new framework for development needs to be sought out. We can no longer treat each objective as a separate issue for different government departments or armies of specialized humanitarian organisations to deal with. This strategy is equivalent to randomly dividing a thousand pieces of a jigsaw puzzle into eight piles and asking you and seven other people to complete the image individually. As you complete your section you may get a vague idea of what is happening, but it will not be adequate to solve the entire puzzle. You would have to come together with the others for that. Likewise, economic policies for poverty reduction, food security strategies to end hunger, school improvement works for better education and medical provision plans for improved health are all part of the same puzzle. To move forward, we have to recognize the connections between these goals and approach development holistically.

The Rise of the Processed Food and Drinks Industry: A typical offering at a corner store

Lets take Guatemala as an example. Trade liberalization in this Central American country has been accompanied by a rapid growth of the processed food and drinks business, dominated by such recognizable foreign companies as Pepsi, Coca-Cola and Nestle. With limited domestic production this has made Guatemala Latin America’s biggest food importer and many companies have invested heavily in in-country production facilities such as processing factories and bottling plants. Good news from the perspective of GDP, foreign direct investment (FDI), another internationally used measure of growth, and even job creation, helping some people overcome severe poverty. Also potentially good news from a food security perspective as these developments have meant that the variety of foods available for purchase in thousands of local stores and supermarkets in urban and rural areas alike have grown exponentially.

But a closer look reveals that this seemingly positive activity has ushered in a myriad of side-effects that negatively affect other important societal goals. Diet variety, for example, has actually decreased (1) and has contributed to the rapid nutrition transition in Guatemala. This is a shift away from mainly plant-based nutrient rich diets to nutrient-poor diets full of processed foods and increasing consumption of meat (2). Although Guatemala has the world’s fourth worst chronic child malnutrition rate, such changes in the diet have been accompanied with a notable increase in rates of adulthood obesity and overweightness (often in the same household as severely undernourished children) (3); widespread development of type 2 diabetes symptoms, displayed by up to 70% of the population in some provinces (4); and other ill-effects such as dental caries and food related cancers. This epistemological transition towards greater occurrence of preventable killers of non-communicable diseases, also referred to as the Westernisation of Ill-health (5), is an increasing problem throughout the developing world.

“Look at the devilish engines of destruction! They are invented by completely innocuous gentlemen, reasonable, respectable citizens who are everything we could wish. And when the whole thing blows up and an indescribable destruction is let loose, nobody seems to be responsible. It simply happens, and yet it is all man-made.”

Many economists would argue that the endeavours of processed food and drink companies are rather innocuous and it is up to the individual to make an informed healthful choice. Although personal choice does play a part, the normal activities of such businesses are anything but benign. Take Coca-Cola’s operations in Guatemala as an example. It has developed extensive distribution networks throughout the country and its products are available at ‘arm’s reach of desire’, the company’s corporate goal (6). Tap water is not

safe to drink, so people purchase majority of their daily liquid intake. In some towns, Coca-Cola has become synonymous with water (6) and even though it is often double the price of H2O, the hourglass bottle is the drink of choice for many. Evidence of the popularity of carbonated beverages is seen in stacks of branded crates carrying empty soda bottles that make the sidewalks of a small city called Sololá virtually impassable at the end of a busy market day.

able to educate the nation to like and consume its products through aggressive branding and marketing strategies. These include competing with its biggest rival Pepsi in painting entire building structures of shops and even people’s homes in company colours, logo and slogans. It also consists of providing branded iron snack vans that line most town and village squares in return for product sales and free shop name signs embedded in Coke or Pepsi branding. With no laws against advertising directly to children, even school snack stores command the kids to “Open Happiness” (current Coca-Cola slogan) or “Share with Friends” (Pepsi’s choice) for which school principals receive handsome kickbacks, whilst it is not uncommon for teachers to sell soda and junk to their kids at break times.

See Also:   There is Hope for Guatemalan Children, They Should Stay Home

The priming effects of such activities in causing more eating and drinking are well established (8). As a result, on average, Guatemalan consumption of Coca-Cola alone is 170ml per man, woman and child in a single day (9). Considering that not everyone choses Coke, the total intake of carbonated sugary beverages per capita are likely to be much higher. Greater consumption of soft drinks has proven biomedical connections with rising obesity, diabetes, dental carries and other inflictions (10). This means that whilst the rise of Coca-Cola, Pepsi, Nestle and others is positive in terms of economic development, it undoubtedly contributes to negative health effects. The education that occurs through advertising, branding and marketing overwhelms piece meal nutritional education efforts of government and NGO health workers alike. The post MDG world will need to take these types of connections seriously if future solutions to the MDG problems are to be effective.

Want to have your say in the building of a future post MDG framework? Then join the debate at www.generationdevelopment.org

7. Information is based on three months fieldwork carried out by the author in preparation for a Masters Thesis on food security and malnutrition in Guatemala. In the process several experts such as senior directors of government, hospital and NGO nutrition and health programmes were extensively interviewed.

9. Coca-Cola Company 2004 figures (later figures for Guatemala were not available)

A Soul-Searching Moment for African Youths

For a country to develop, it ought to be as a whole not as mere individuals, family lines and tribes.
Read more