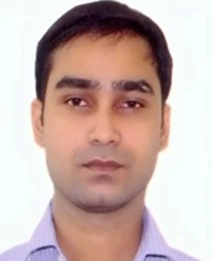 Intra-regional integration in the Fergana Valley will greatly reduce the risk of inter-state conflicts, and enable Central Asian states to take optimal advantage of trade ties along the (New) Silk Roads.

The aforesaid is cited from a poem, “Tommorow” (1981), written by Muhammed Solih – a poet and the godfather of the Uzbek political opposition. Solih is the leader of the Uzbek opposition Erk (Freedom) Party, and has lived in exile since 1993.  In 2000, an Uzbek court sentenced him in absentia to fifteen years in prison on charges of terrorism for aiding the execution of serial bombings in Tashkent on 16th February, 1999.

Solih is an internationally well-known dissident figure from Central Asia because of his blessings from the West, primarily the US. However, there are many unsung heroes, unlike Solih and a handful of others belonging to his genre, from across the conflict-prone Central Asian region who have been persistently striving to secure justice for their respective communities since the days of Soviet oppression. They were then seen as heroes by the West, and today are intuitively seen as Islamic terrorists as their struggle falls on the wrong side of the West (a fortiori the US).

Needless to say, there have been many criminal/rogue elements lurking among these virtuous fighters, with no fine demarcation line between the two fractions. These criminal/rogue elements have exploited every opportunity they came across while attempting to augment their respective self-interests. This essentially means they have always harmed others – particularly commoners – using different readily available means and ways, like ideology, small arms, etc., while treading the Machiavellian way that fulfils their interim goals.

The Fergana Valley in Central Asia is widely believed to be a hotbed for ‘(Islamic) terrorists’, like Solih and numerous criminal/rogue elements that fall within the broad definition of the term. However, as yet there has been no detailed ground survey done by any independent credible source authenticating this hypothesis.

Disregarding the paucity of verified information, national governments across the Central Asian region deliberately link the sources of almost all terror attacks that happen within their respective territories to this quaint valley. Lastly, the international community corroborate such propaganda-infested information of the corrupt political regimes holding power in these newly-independent states without investigating the nuances relating to the catered information.

The Fergana Valley is the most populated, yet one of the poorest, regions in the whole of Central Asia. The valley is approximately 300 kilometres long and up to 70 km wide, and lies mainly in eastern Uzbekistan and partly in Tajikistan and the Kyrgyz Republic. It extends across the three states due to the fact that erstwhile Soviet authorities arbitrarily imposed dividing borders between the Central Asian republics at the time of their creation.

Today the situation is such that in some parts of the valley the state borders cut through villages and even backyards. Roads repeatedly criss-cross state borders. At many places water pump stations are located on one side of a state border that provide irrigation water to the other side. The list of such intimate and inter-dependant societal inter-linkages are rarely to be found elsewhere in the world, yet it is not cooperation but competition and conflict that are the mantras of daily survival for the local populace in this relatively secluded world.

“We had a fight with people on the Uzbek side [of the border] over water. I spent a week in hospital after being hit on the head with a spade.” A local villager was quoted as saying this by Integrated Regional Information Networks, a reputed news agency covering humanitarian stories worldwide, in one of its story on the Fergana Valley.

Presently Kyrgyzstan and Uzbekistan contest over at least 50 places along their adjoining borders, and despite Tajikistan and Kyrgyzstan sharing warm relations, they even have certain border disputes. Moreover there exist approximately 7 enclaves in the valley between the three states, which is causing confusion, ethnic tensions and recurring spurts of violence.

Zeinura Isabekova, a Kyrgyz researcher with Foundation for Tolerance International- a Kyrgyz research organisation, while speaking to Bakyt Ibraimov, a freelance reporter covering Central Asia, pointed to the issue of open support from Tajik authorities for Tajik migrants in the contested village of Maksat. She said,“Tajik authorities consider part of the village disputed territory”. She alleged Tajiks even “threatened physical harm” to her and her colleagues when they protested unauthorised use of Kyrgyz pastureland.

Hence it can be rightly said the once meaningless borders in Fergana Valley, which acquired sacrosanct value after Soviet disintegration, are today giving rise to numerous cross-border conflict situations. The focal issue relating to most of these conflicts are around access and management of land, and of course also for securing therein available limited natural and social resources – like water, education, health care etc.

The 2010 ethno-linguistic clashes in South Kyrgyzstan, which erupted particularly in the cities of Osh and Jalalabad that lie within the valley, resulted in deaths of about 200 people and displaced 2,000. The incident unveiled popular angst directed towards the deposition of former president of Kyrgyzstan, Kurmanbek Bakiyev, an ethnic Uzbek, and his regime, which was marred with corruption, cronyism, and nepotism. This was the last episode of intense violence the Fergana Valley witnessed on ethno-regional grounds.

Even thereafter many minor skirmishes have ensued on-and-off, with several going completely unnoticed by the international community. A near prospective incident of  violence arose in early January 2014 during a border clash in Sokh – an Uzbek enclave located within Batken province in southern Kyrgyzstan. The Uzbek residents of Sokh attacked Kyrgyz border guards and took between 30 and 40 citizens of Kyrgyzstan hostage, but soon released them.

Further to the misfortune of the valley, a natural disaster – an earthquake measuring 6.2 on the Richter scale – rocked the valley on 10th July 2011. This resulted in the confirmed deaths of 14 people, while hundreds others across the region sustaining injuries and many private and public properties were grievously damaged. The entire Fergana Valley is geographically located above a sensitive seismic zone, and hence is perpetually at a risk of witnessing natural catastrophes – particularly earthquakes.

See Also:   More than 100 children killed and injured as violence intensifies in DRC

The Fergana Valley – with limited landmass area – is supporting an ever-growing multi-ethnic population. It has about 6 percent of Uzbekistan’s arable land, 16 percent of Tajiskistan’s and 50 percent of Kyrgyzstan’s. This productive land region has been progressively decreasing with time due to many human and natural factors of intervention, like excessive cotton cultivation, unsustainable ways and practices of irrigation, climate change effects, etc.  Moreover, the region is facing severe scarcity of water and electricity. There is just one integrated hydro-energy system for the entire valley. It is fed by water and electrical energy resources from the upstream and midstream course of Naryn Darya and Kara Darya rivers, which lie within Kyrgyzstan, and supported by electric stations at Uchkurgan and Kampyrabad, which are located within Uzbekistan.

The aforesaid socio-economic and environmental tensions are in-fact building up the plausible lava for intense mayhem in the Fergana Valley. This lava may again erupt at any unprecedented point in time in the near-future if the local contentious issues are not duly addressed at the moment.

The problems of all kinds and categories, like man-made or natural, etc., which are getting manifest in Fergana Valley need to be addressed with community participation and deployment of local knowledge. This essentially means the domiciled populace and civil society organizations in the region need to play a vanguard role in working out mutually-acceptable solutions to different problems that are of concern to them and their respective states.

The role of the international community is not to make ambitious endeavours to solve issues – which seeming appear as problems from outside – using the common top-down approach; rather different foreign organizations need to coherently work to empower locals and facilitate the capacity building of local institutions, i.e. both governmental and non-governmental.

The Fergana Valley will not witness sustainable development and will further go down the lane of deteriorating poverty if the Uzbek, Kyrgyz and Tajik governments and their local enforcing agencies continue to forcibly maintain the prevalent status quo – i.e. several insulated political sub-sets within a larger socio-cultural superset. Considering the merged history of the region, the parent governments need to work hand-in-hand towards the progressive integration of the region.

Intra-regional integration in the Fergana Valley will greatly reduce the risk of inter-state conflicts, and enable Central Asian states to take optimal advantage of trade ties along the (New) Silk Roads – i.e. the overland network of interconnecting roads across Asia and Europe that in the past transacted goods, ideas and even religions. The Valley, which acted as the cradle for many historic Oriental civilizations, if rightly nurtured, can definitely re-emerge as a region of socio-cultural bonhomie, religious tolerance and economic prosperity in the future.

“People are products here. But now, I am a survivor", are the words of...
Read more

The Middle Eastern powerhouses are set to pull their Somali clients in opposite directions. If not handled properly, these factors risk further jeopardizing Somalia's state-building process.
Read more

Some foreign observers claim that GNH provides ideological cover for repressive and racist policies. Love it or hate it, one thing is clear, the pursuit of GNH does not appear to be helping the people of Bhutan rise to a higher standard of living.
Read more