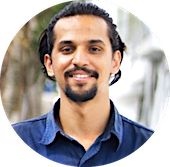 ”This Policy proposes the revision and revamping of all aspects of the education structure, including its regulation and governance, to create a new system that is aligned with the aspirational goals of 21st-century education, including SDG4, while building upon India’s traditions and value systems.” – New Education Policy of India 2020.

The UN has declared the decade of 2020-2030 as the ‘decade for action‘. However, it is also starting as a decade of resilience as the world is shaken up by the COVID-19 pandemic. In an unprecedented move, the Indian government has decided to make a bold and transformative statement with the release of the New Education Policy.

The NEP has brought a lot in terms of much-needed change on the education front. Since the inception of the Draft Education Policy in 2019 by the Kasturirangan committee, there have been many calls to action in the space of education, especially during the new paradigm shift seen now because of COVID 19.

The policy brings major changes in the areas of early childhood care.

The policy brings major changes in the areas of early childhood care and education wherein the pre-schooling years are in focus now. Attaining Foundational literacy and numeracy is also well considered in the policy which is well packaged with reforms in school curricula and pedagogy. The policy considered well the social determinants of education and suggests significant reforms towards multilingualism and the power of language.

India had been quite rigid in its higher education structure but with the NEP, multiple exit points have been provided which would benefit students in signaling their education status better as well as their employment readiness which will help India utilize its demographic dividend. The following are the areas where the policy reforms intersect with the Sustainable Development Goals, SDG 4 on Quality Education along with the indicators.

Under NEP the biggest win is that there is special attention to 3-6 years of age group. This was a major drawback of the Right to Education Act, 2008. Under this initiative, the forebearers of Anganwadi education will get a much-needed boost. There is further, a provision of a new Gender Inclusion Fund which has been provided for schooling and support for disability schooling is also proactive.

Under NEP, vocational education will be provided at a younger age and technical skills such as coding will begin from as early as 6th standard. Furthermore, MHRD is setting up a National Education Technology Forum to address issues of tech and knowledge sharing and capacity development.

SDG 4.4 Increase the number of people with relevant skills for financial success

Under NEP, the curriculum design in higher and school education has shifted from the erstwhile 10+2 model. With a 5+3+3+4 model, clearer benchmarks are defined which will lead to better outcomes. They have provided multiple exit points for higher education which will result in better signaling ability of students. This is a practice that is followed in most developed countries. There is a setup of an academic bank of credit for digitally storing academic credits earned which can be transferred and counted towards final degree earned.

In addition, the NEP proposes to achieve a gross enrollment ratio for higher education to be at 50% by 2035. This will ensure that the majority of the population, who are less than 35 years of age have a strong skills base.

The digital divide is proposed to be bridged by setting a new unit.

Under NEP, the digital divide is proposed to be bridged by setting a new unit which addresses Internet-based e-learning, digital learning, infrastructure, and capacity building. Under the new education paradigm of online classes, the infrastructure shortages related to electricity supply as well internet bandwidth have become hurdles to cross, which the policy tries to bypass.

Under NEP, a National Foundation of Literacy and Numeracy will be set up to provide basic literacy and numeracy skills to students by 3rd grade. This is very good news considering that India has decided to participate in the PISA survey which tests basic English and mathematics comprehension. India will be a part of it once more in 2021 after performing quite poorly in 2009. In India, the enrollment ratio at the age of 6 stands at 96% since 2010. But the dropout rate is also quite high.

It will certainly be a challenge to enable the reforms in India where education is a subject shared between the states and the center, as directed by the country’s constitution. However, seeing the initiative and room for public voice given under the NEP, the states would try to be proactive in contextualizing the suggestions of the NEP.

Indirect Impacts of the NEP rests on many other SDGs:

There is a creation of a Gender Inclusion Fund. This fund will be allocated to the states to implement priority schemes on transgender and female students to improve their access to education.

Establishment of a National Testing Agency will ensure that the criteria for admission to universities will be uniform. This will improve the signaling ability of competencies to the employer.

Focusing on Vocational Education will help to utilize the Demographic Dividend. Vocational education in skills would ensure that skills demand meets supply.  Over 50% of the population of India is under 25 years of age, and this share is only expected to grow further. This would create a huge market of not only job seekers but also job creators.

SDG 3 on health and wellbeing

The New education policy has significant implications for maternal health indirectly. With the inclusion of 3-6 age of the pre-schooling into the curriculum design, it can be found that Anganwadis would cater to more children for their health and dietary needs, reducing the pressure on the mother, who would be able to cater to her health better.

See Also:   Kabul's Dark Nights and the Dream of a New Silk Route

(Rohan Atrawalkar holds an MA in Development Studies from the Tata Institute of Social Sciences (TISS), Hyderabad. He works as a Project Coordinator at the TERRE Policy Centre, an Indian non-profit dedicated to sustainable development).

Bangladesh’s overall rate of poverty currently is 24 percent, down from 40 percent a decade ago and the country is on track to being designated a middle-income country in only five years.
Read more

“Here in Ecuador,” he continued. “We have more corruption than we have money. That’s the truth and that’s why life is so expensive for the rest of us, those of us without brothers in the government.” After so many years of injustice, faith can sometimes feel like a foreign language in Latin America. GSDM Latin America Editor Diego Cupolo's travel diary.
Read more

See Also:   The Post-MDG Agenda: Why Keep Spending in Education?