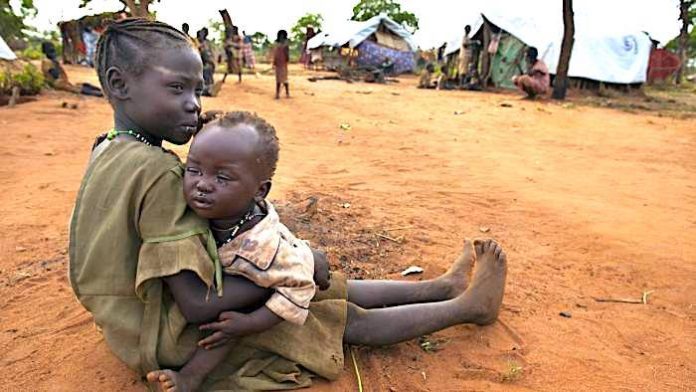 At least 83 children have been killed in the northern province of Ituri in the Democratic Republic of Congo between April and July, reports Save the Children.

According to the aid agency, the recent escalation of extreme violence, in which at least 17 children were injured and 12 were sexually abused, is alarming.

In the same period, around sixty schools were attacked, and 17 health facilities – two of which were supported by the charity.

“The situation for children is getting worse by the day, in a conflict they should not have a part in,” said Malik Allaouna, Save the Children country director in DRC. “We need to ensure children can return to school, that they and their families can go to health facilities if they need to, and that they are protected.”

“We need more resources, and call upon the international community and the Government of DRC to help alleviate the suffering of these children. We are asking all involved parties to grant unhindered access to humanitarian workers, so they can support those who are most in need,” she added.

An estimated 300,000 people have been displaced since January.

“Children who had to flee from the violence told us they had to leave everything behind because militias came into the area of Djugu. Suddenly, they found themselves homeless and without any food, having to sleep in schools”, said Dr. Macky Manseka, Humanitarian Health and Nutrition Programme Manager at Save the Children.

Save the Children, which has been responding to this crisis for over a year, has warned that displaced populations do not have access to enough food. Communities also lack health and nutrition services, clean and safe water, and hygiene materials, as areas become increasingly cut off by violence and resources are in low supply.

“There were more than 235 new cases of severe acute malnutrition in July 2020”, Dr. Manseka added. “But because of the violence, we can’t follow-up properly on sick or malnourished children. As a consequence, their treatment is disrupted, which might lead to relapses or even deaths.”

Due to climate change-driven rising flood waters in Bangladesh workers are leaving their land...
Read more

The Difficulties of Establishing Consensus in Development

By Edvin Arnby Machata The task for civil servants and development professionals cannot be to find a magic bullet solution – because no such solutions exist. The question is rather one of how to establish continuous mechanisms with which problems can be detected, analysed, and solved.
Read more

Trinidad and Tobago: Muslims and Hindus likely to be disadvantaged in COVID-19 grants

The word “church” is used by the Government but not “masjid”, “temple” or “mandir”, much like the duplicitous exclusion of non-Christian organisations in many “inter-faith services”. Is this an expression of indifference, intolerance, non-recognition or contempt for non-Christian faiths by an Afro-Christian-led Government? In an ethnically-plural society like ours, “church” cannot be used as a generic term. It connotes exclusion and discrimination.
Read more

See Also:   War & Peace in the Democratic Republic of Congo