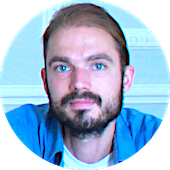 The Sustainable Development Goals (SDGs) were designed in 2015 to facilitate the transition to a more sustainable world by the year 2030. The ambition level and clarity of the goals is positive and progress has been made, especially through the use of integrated assessment models1. However, the lack of direction on the transition path and the institutional arrangement to reach the goals has limited the success of the program2. The SDGs have also been argued to be too wide and general3 and to give too little attention to the “bottom billion”, or the people trapped in extreme poverty4. For these bottom billion, mostly located in Africa and central Asia, the likelihood is very low that the SDGs will be reached5.

The problem with the SDGs relates to more general issues in development aid programs. In many cases, foreign aid is not driven by the needs of the recipient, but by political, strategic, and commercial interests 6. Furthermore, development agencies and workers seem to prefer working in “attractive” locations like Rio de Janeiro rather than Bangui4.

Often, foreign aid is not driven by the needs of the recipient, but by political, strategic, and commercial interests.

There are also more general concerns about the effectiveness of development aid7. One important issue is that foreign aid can shift the accountability of government officials from their own citizens towards the funding agencies8. This might interfere with state-building, particularly in cases where there is a brain drain from government administration towards development organizations. In Afghanistan, the salaries of support staff in development agencies were up to 20 times higher than the average salary of civil servants9.

This letter proposes a complementary approach to current sustainable development approaches, which is called the “Buddy system”. It is a voluntary approach in which participating countries will be paired according to their ranking in terms of GDP per capita and accounting for purchasing power parity10. In this scheme, the world’s richest country (Qatar), as per GNI per capita, will be paired with the world’s poorest (Burundi). The world’s second-richest (Macao) will be paired with the second poorest (Central African Republic). And so forth.

The objective of this scheme is twofold. Firstly, while the idea is not to replace any existing or forthcoming aid programs, the proposed buddy system will reduce the helplessness governments and citizens feel when trying to find out who needs help the most. Each country will only be paired with one other country. Such an approach has been successfully applied elsewhere, e.g. SisterCities International and the Global Parliament of Mayors.

Secondly, the scheme has a leveling approach, as the average wealth gap between countries that are paired is reduced progressively. For example, countries in the middle, such as Mongolia (Nr. 94) and Albania (Nr. 96) have relatively equal wealth levels and might be able to benefit from the cooperation not by direct aid but by sharing best practices relative to their wealth level.

The goal of the buddy system is not the artificial redistribution of wealth from the wealthier to the poorer countries. The goal is to facilitate interaction and exchange between the buddy countries on different levels, from administration to citizen initiatives. Countries will have the freedom to shape the buddy relationship through their own creativity; and it might include student exchange, joint collaboration on projects, trade agreements, cultural exchanges, etc.

SisterCities International reveals some examples of the kind of interchanges that could potentially develop between buddy countries. These interchanges would preferably be backed by government support, but might alternatively be established through bottom-up initiatives. Thus, the unwillingness of some countries’ governments to participate does not have to limit the participation levels.

With the SisterCities platform, participating cities collaborate in terms of ‘Arts and culture’, Youth and education’, Business and trade, and ‘Community development’. These categories could easily be applied to the cooperation between buddy countries. One difference would be that the buddy system would be based on countries’ affluence, while with SisterCities, the cities usually chose to cooperate based on already existing relationships between the cities.

This ties into what has been previously described in terms of development funding often being driven by existing political, strategic, and commercial interests. To form cooperation with people in a country that might have a completely different culture, economy and political orientation would bring challenges but potentially high rewards in terms of the cultural interchange where it organically would not easily come to be.

An international buddy system event could be held each year.

An international buddy system event could be held each year in which countries present their best (and worst) practices and in which awards could be won for outstanding initiatives. Organizationally, it could be an idea to have the buddy countries connected for five years and consequently to make a new selection based on changes in GDP per capita.

(Henry Bartelet is the founder of DynaMundo, a vibrant, research-driven, interdisciplinary network of experts with experience in systems thinking and modeling. He is also a Ph.D. candidate at James Cook University in Australia, where his research intends to contribute to the design of effective incentives to facilitate microeconomic adaptation to climate change through a combination of systems thinking and behavioral economics.)

What Has South-South Cooperation Achieved So Far?

Children are often attracted to mining due to a lack of regulation and the promise of easy money. As a result, thousands of children in Tanzania work in difficult and dangerous conditions for little money in which their education, safety and wellbeing is compromised.
Read more

José Manuel Ramos-Horta: “We resisted the temptation of violence”

"We never resorted to extremist tactics like kidnapping and killing innocent civilians; we had a very strict code of conduct that never allowed us to descend to the barbarity of the other side", says José Manuel Ramos-Horta, a freedom fighter, Timor-Leste's ex-president and a Nobel laureate.
Read more