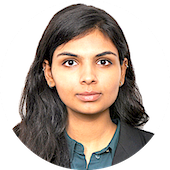 Women’s representation in the Lok Sabha or the People’s House in the Indian parliament has improved from 5% in the first Lok Sabha in 1952 to 14% in the 17thLok Sabha in 2019. These figures should be seen in light of the history of the Indian sub-continent shrouded by several patriarchal norms over different structures of society. Rabindranath Tagore eloquently terms these two worlds as the ‘Home and the World’. While gender norms and structures have been a part and parcel of the conventional family and society in India, women for years have been given the role of the second sex in both these worlds.

The socio-economic class is a determining factor in women’s participation in electoral activities.

Key findings from the study indicate that the socio-economic class is a determining factor in women’s participation in electoral activities. The study notes that women from upper social and economic classes are relatively more active in electoral politics. This can be juxtaposed with the other finding from the study, that reports that patriarchal mindsets at home are a critical factor restricting women’s participation in politics and autonomy about politics. Family is also termed as the basic unit of society; the culture and environment can have grave influence over an individual and their independence to take decisions as well as political choice.

On the other hand, the study noted that a major reported reason for women not being able to take part in politics is the patriarchal structure of Indian society. How women perceive themselves as part of politics is linked to the socio-economic context of their socialization. This can be seen in the second major reported reason for not taking part in politics, 13% of those asked said household responsibilities comprise their day’s priority. This ranges from childcare to meal preparation for the household. Domestic chores are, to a great extent, still seen as primarily women’s’ responsibility in a family, this is perpetuated further through gender conditioning.

A structural factor that also limits women’s participation in politics is the so-called ‘winnability’. Political parties in India have attributed the decision to not allow seats to women due to the absence of the ‘winnability’ of women. This reasoning, however, has been challenged by several political analysts. Hence, despite overcoming the familial and social norms for participation in electoral politics, gender still yields influence at the structural level.

For a developing country like India, however, it is encouraging to note the increase in women’s overall participation in the Lok Sabha. The percentages show progressively higher proportion of women representation in the Indian parliament.

In addition, the study addresses an important topic of women voters and their engagement with electoral politics point. It shows that there is little gender discrepancy in the number of voters. This has been true because of a steady increase in women’s participation in elections.

Furthermore, the study found that women from urban areas in India have reported greater independence. This can be attributed to better access to higher education. Education apparently contributes to enabling individuals and encourage independence of thought and by association the choice to elect a representative of their choosing.

There is little gender discrepancy in the number of voters, however.

In the same way, the 73rdand 74thconstitutional amendment of the Indian constitution encouraged women’s representation in the local governments through the affirmative action measure of reserving one-third of the seats for women. This sets a precedence to foster a more inclusive political and representative bodies.

It is evident that patriarchy still posits deep-rooted challenges hindering women’s engagement with electoral politics in India. Several steps in the country’s developmental approach have indicated a positive change in women’s participation as voters and as elected representatives. This shows that India has been moving the direction to enable holistic gender inclusivity to usher greater inclusive development in the country.

by James Belgrave Burundi, a country praised in recent years for its free and dynamic...
Read more

By Olufunmilayo Akande Today, 16,000 children worldwide die each day before celebrating their fifth birthday as a result of preventable causes linked to malnutrition.
Read more

LGBT Rights in Bangladesh: An Interview