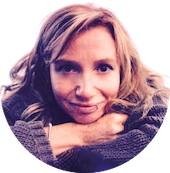 When the virus spreads during conflict

While the Covid-19 crisis has come to be known as a “global pandemic”, rather than bringing us all on a level playing field, it appears to have exacerbated key structural inequalities. From a political, social and economic dimension, the pandemic has made vulnerable groups more vulnerable, and often created significant disadvantages in particular groups who were previously no more disadvantaged than others.

These types of dynamics fuel grievance between individuals, communities and the state. As a result, policies that are being introduced to respond to this emergency can often become a threat to stability, particularly for already volatile realities. Systems of governance and livelihoods that were already weak are being stressed further by the pandemic, giving rise to social division and hate speech, amongst other problems. Ethnic minorities or religious groups, in many places, are being singled out as spreaders of the virus. Interpersonal violence, not uncommon in realities of conflict, has also been an obstacle to the public health effort.

Additional issues caused by the Covid-19 crisis include the disruption of peace processes, such as in Sudan’s Darfur region; the escalation of existing conflicts, such as in Libya; and the formation of contested conditions that warrant new strife, such as the postponement of long-awaited elections in a number of countries in the South. This is occurring while peacebuilders are unable to reach affected realities due to global restrictions on international mobility. Quarantine, lockdowns and travel bans are all measures that bring to a standstill the monitoring of ceasefires and also peacekeeping missions. This creates danger for local communities and provides non-state armed groups with the opportunity to progress their agenda.

Media and communication channels must be adapted to perform the critical task of promoting health messages whilst continuing to communicate for peace.

Effectively designed humanitarian and development initiatives are critical in these contexts. At the same time, a peacebuilding approach must be integrated into all NGOs’, UN agencies’ and even local organisations’ interventions, so that the Covid-19 response remains conflict-sensitive and more likely to succeed as a result. Within this scenario, media and communication channels must be adapted to perform the critical task of promoting health messages whilst continuing to communicate for peace.

Conflict-specialist organisation Interpeace suggests more practically that one way to design effective interventions in this area is to embed peacebuilding approaches into technical health responses. The organisation also emphasises more specifically the importance of ‘operational peace responsive approaches.’ These involve local actors incorporating peace responsive approaches to their work through the help of international aid actors, in order to mitigate risks. Here, a strategic use of communication plays a crucial role.

From a communication perspective, three elements are useful to keep in mind to promote Covid-19 related health messages duringconflict. The first one that is critical to understand in order to formulate a contextually relevant peacebuilding response is that of ‘infodemic.’ Communities have been receiving a large amount of information and conflicting messages from a variety of sources. Viral misinformation, particularly the one spread by social media and, in rural areas, radio stations can be catastrophic. Rumours and conspiracies feed off pre-existing hatred towards a group as well as suspicion and generate fear and violence.

Another element that is key in communication, and even more so in realities affected by conflict, is that of trust. People need to trust that the health response that is being rolled out by the authorities alongside humanitarian and development actors is legitimate, equal and fair. Trust is also a central element of any behaviour change intervention. Therefore, focusing on community engagement is paramount for a successful response. In conflict-affected contexts, mistrust towards the government is high. Where the technical health response is integrated with peacebuilding approaches that focus on developing trust, efforts are more likely to bear their fruits. Communication plays a very important role in establishing trust in order to deliver measures that are understood and accepted, adopt sensitivity towards local customs, and do not lead to social unrest.

Ways to promote positive behaviour change in this context involve engaging with community leaders that people regard as trustworthy, and who can show public support towards the health measures in place. Collaborating with young influencers is also vital to ensure correct information is passed on and effectively received on social media, whilst keeping in mind that content moderation can too exacerbate conflict if not adequately performed.

As also endorsed by the author of this article on The Conversation, local peacebuilders can become vital messengers in the fight against the pandemic, thanks to their networks as well as the knowledge they hold about communities. They can also provide direct support to public health workers. At the same time, as peacebuilding organisation Peace Direct has observed in one of its recent reports, local peacebuilders have the challenging job of having to adapt the delivery of their work to make their activities more mindful of the new reality introduced by the pandemic. Face-to-face relationship building has always been at the core of peacebuilding, and public health measures such as lockdowns and distancing have brought about a significant shift in the way messages have to be delivered.

Re-thinking the use of peace media in a health crisis

Peace Direct has also highlighted how international partners and donors should provide more targeted support to local peacebuilders, who are operating within tight restrictions, by allocating funds towards useful technologies. Communication tools such as the Internet, phones and radio can be used to develop innovative ways to connect with local communities at this time of limited one-on-one connection.

At the same time, technology can be a double-edged sword. Due also to a lessened oversight from international media, governing actors in conflict and post-conflict zones are taking advantage of emergency legislations; this could result in technological surveillance of citizens initiated during the emergency crossing into the ordinary. Border restrictions can also remain unchecked in the long term, with the potential to increase conflict. This experience from war-torn Syria, for example, shows how citizen journalists on the ground can collaborate with Western journalists, in order to provide the latter with information they are currently unable to access due to international travel restrictions. Both culturally and geographically, citizen journalists are better placed to carry out interviews and gather evidence for media reporting on the pandemic in those areas.

Contentious narratives that contribute to the “othering” of specific groups, particularly minorities, must be counteracted through a peace-oriented journalism.

Another useful approach is that of training local journalists to report on the pandemic in a way that does not reinforce division. Contentious narratives that contribute to the “othering” of specific groups, particularly minorities, must be counteracted through a peace-oriented journalism that aims to bring unity rather than discord. Giving a platform to those who are being discriminated against and marginalised is also an avenue to counter the spread of hate speech and promote peace.

Repurposing both online platforms and radio programming that are typically used to circulate peace messages, in order to raise awareness of Covid-19, is another method that has been adopted in various contexts, such as for example by Peace Radio Mikado FM in Mali. Through a regular segment called True from False, the radio host debunks inaccurate stories circulating on social media and rectifies rumours spread on Whatsapp for the population.

Looking at previous experiences from pandemics around the world, Maher and Murphet (2020) point to three elements for effective information preparedness. Firstly, a cyclical communication process should be integrated both into the health intervention and in the information ecology of existing communities. The only way to respond to an ‘infodemic’ is to provide people with access to correct information. Regular and consistent messages are also key, and this is where news media can play an important role.

Secondly, informal communication channels used by communities need to be identified. This point goes back to the issue of trust, and to the idea that both the whoand howof information transmission are crucial in designing an effective process. Billboards or public service announcements will never be entirely successful unless people have the opportunity to discuss their messages with someone they trust.

Lastly, no assumptions should be made on the information needs of communities, which require to be understood through research. Only a careful assessment can develop the necessary evidence for policy-making and relevant programming. Different communities will show different preferences, habits and needs when it comes to information. These must be effectively recognised in order to engage in meaningful communication.

So, while this pandemic may have created new forms of exclusion, strategies and tools exist to address health promotion, whilst continuing to communicate for peace in conflict-affected contexts. The design of an integrated peacebuilding and technical health response, which is sensitive to individual conflicts’ dynamics and keeps in mind communication challenges such as misinformation, mistrust and reduced interpersonal contact, is crucial.

At the same time, re-purposing existing peace media channels, promoting a peace-oriented narrative and leveraging key lessons for community engagement are effective avenues towards health-related behaviour change in conflict settings. Both international and local actors need to focus on incorporating these aspects in their peacebuilding interventions, so that harmony is achieved not only through the absence of violent conflict, but also through unity brought about by the common fight against Covid-19.

(Dr. Valentina Baú works as a Senior Researcher at the University of New South Wales (Sydney, Australia). Both as a practitioner and as a researcher, her work has focused on the use of the media & communication in international development. She has completed a PhD on the role of participatory media in conflict transformation and reconciliation after civil violence. Find out more about her work here or connect with her on Linkedin.)

Survivors of COVID-19 from 37 countries are among almost 1,000 people who have signed an open letter to pharmaceutical industry leaders calling for a ‘people's vaccine’ and treatments that are available to all.
Read more

What Has South-South Cooperation Achieved So Far?

“Human Trafficking is Not Just a Third World Problem”

Leeches, a short movie recently produced and premiered in the UK emphasizes that human trafficking is not just a third world problem. The movie was inspired by the director Lalit Bhusal's own observations during his stints, first in India and later in the United Kingdom.
Read more