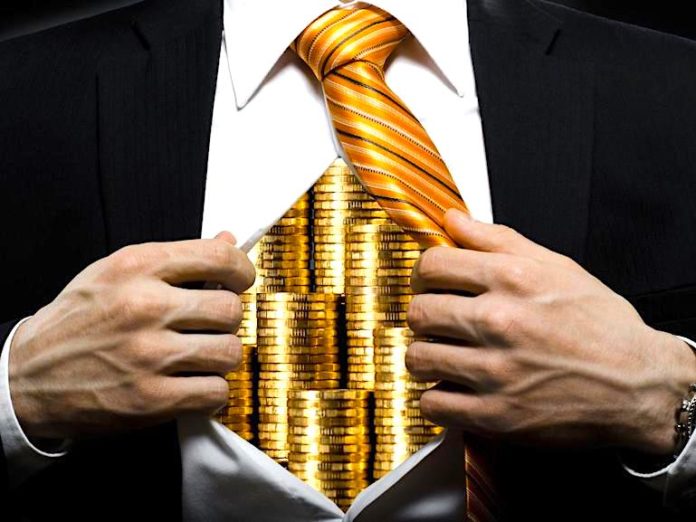 While the United States faces the deepest economic downturn since the Great Depression because of COVID-19, a subset of corporations is reaping dramatic profits that are flowing to their already wealthy, mostly white male shareholders, further exacerbating existing inequalities, according to a new analysis released by Oxfam today.

In Pandemic Profiteers Exposed, Oxfam found that 17 of the top 25 most profitable US corporations, including Microsoft, Johnson & Johnson, Facebook, Pfizer, and Visa, are expected to make almost $85 billion more in 2020 than in previous years. Oxfam is calling for a resurrection of the WWII-era excess profits tax to limit pandemic price-gouging, level the playing field between companies, and raise much-needed funds for COVID relief and recovery, such as providing ongoing COVID-19 testing and vaccines for every person on the planet.

“The COVID-19 pandemic has exposed deep inequalities and massive failures in our economic system, leaving tens of millions of people in the United States without jobs, devastating public services, and bankrupting countless small businesses,” says Irit Tamir, director of the private sector department at Oxfam America. “Yet at the same time, thanks to a combination of government assistance and pure luck, a handful of corporations are raking it in and making already rich shareholders even richer.”

But 17 out of America’s top 25 corporations are making extraordinary profits during the pandemic. While these profits could have been invested in protecting workers and in innovation, Oxfam found that in 2020 the top 25 most profitable US corporations are set to distribute 99% of net profits to shareholders—who are overwhelmingly white and predominantly male.

“Profit is not a four-letter word, but when such dramatic and excessive profits are made during a time of global crisis and distributed to the wealthiest, the situation is not just fundamentally unjust, it is also economically inefficient,” says Niko Lusiani, senior advisor on corporate advocacy at Oxfam America, and lead author of the analysis. “Corporations like Microsoft, Johnson & Johnson, Facebook, Pfizer, and Visa, flush with billions in pandemic profits and disproportionately benefitting from taxpayer-funded economic relief, now have the opportunity to gobble up smaller companies and deepen their market power at the expense of true competition. Taxing these windfall profits is a fair, time-tested way to rebuild better.”

More than 9 out of every 10 dollars of excess pandemic profits are likely to end up in the hands of white Americans.

Oxfam also found that more than 9 out of every 10 dollars of excess pandemic profits are likely to end up in the hands of white Americans, with only 32 cents for Black and Latinx communities. Meanwhile, Black deaths from COVID-19 are nearly two times greater than would be expected based on their share of the US population, with Latinx people also making up a greater share of confirmed cases than their share of the population.

“With the COVID-19 crisis disproportionately hitting Black and Latinx families across the nation, pandemic profiteering that almost exclusively benefits white, mostly male shareholders will make existing inequalities worse,” continues Tamir. “With public health infrastructures failing, millions of people out of work, and longstanding racial injustices sparking the largest social movement in US history, corporations have made their highest priority to get themselves immunity from COVID-related lawsuits from workers and consumers. This moment demands shared sacrifice, not me-first profiteering.”

To level the playing field and prevent super-profitable corporations from manipulating their position of strength, Oxfam is calling for policymakers to institute a Pandemic Profits Tax on excess corporate profits during this crisis. Such a tax would not affect struggling businesses or small enterprises, only those large corporations earning sums above and beyond what they earned on average before the pandemic. The US put in place a similar tax throughout the 1940s to help mobilize resources, shared sacrifice and trust during our country’s last all-encompassing global test.

“Taxing excess profits during a crisis is an old idea whose time has come again,” says Tamir. “Repurposing a tool used during WWII could raise almost 80 billion dollars from just 17 super-profitable corporations, which could be reinvested in fighting COVID-19 and its economic toll.”

Rather than redistributing profits away from small businesses and taxpayers to the wealthiest, these resources should be more usefully redeployed in the fight against growing COVID-19 inequalities, says Oxfam in a statement. According to Oxfam’s estimates, such a tax could fund immediate and ongoing global coronavirus testing needs and deliver a COVID-19 vaccine to everyone on the planet, including necessary R&D, manufacturing, procurement, distribution, and delivery.

Self-Interested Security and Development in the Middle East

By Hriday Sarma Is encouraging democracy among the states in the Middle East, which is presently going on at the behest of the West, a genuinely good way to address the prevalent and future conflicts of the region?
Read more

Since 2015, the region has been the target of repeated attacks by non-state armed groups conducting an insurgency in the Lake Chad Basin (Cameroon, Chad, Niger, Nigeria), which have forced millions of people across the four countries to flee their homes.
Read more