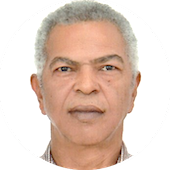 The Chinese economic and trade initiative, the Belt and Road Initiative(BRI), is billed as a global initiative and development strategy launched by Chinese President Xi Jinping to invest enormous amounts of capital in infrastructure improvements in Asia, the Middle East, North Africa, Central Asia, Europe, and the Maritime counterparts.

Economic Prosperity: Chinese President Xi Jinping backs this plan and there are no set term limits on Xi or the BRI.  There is no clear definition of what constitutes a BRI country or project. Everything from a Trump-affiliated theme park in Indonesia to a jazz camp in Chongqing have been branded Belt and Road. Any project anywhere can evidently become part of the BRI

To this point, the initiative has spilled over the stated claims to bridge Asia and Europe economics and trade, to the point where there are over 60 infrastructure and other projects in action or planned in the 71 included countries, to date.  Recently, the Republic of Panama has entered into the BRI orbit as a Chinese-built deepwater megaport project  ($1Bn) in the port city of Colon was announced. The same consortium will build a new bridge($1.42Bn) over the Panama Canal.

The goal is the building of Chinese dominance on the world economic stage and military parity with the United States.

The Belt and Road Initiative is estimated to cost more than $1tn (£760bn), although the estimates differ as to how much money has been spent to date. According to one analysis, China has invested more than $210bn, the majority in Asia.  South Asia is facing a Chinese fiscal invasion.  The goal is the building of Chinese dominance on the world economic stage and military parity with the United States.  Both tools to cement China’s new place as the pre-eminent world power.

Economic Hegemony:  Xi’s government has embarked upon what I call the Hotel California Strategy – you can check-in, but never leave. Using their economic might to lure in poor, developing, and emerging countries into ambitious development plans with easy entry terms, then deepening their debt, fueled by schedule creep and budget overruns, to the point of no exit.

The Sri Lankan example of the Hambantota port complex($8Bn), is on point, where the overwhelming debt to the Chinese forced the Sri Lankan government into a debt-for-equity deal.  The deal giving the Chinese control of the port, airport, and an additional 15,000 acres for the development of a Chinese-led industrial zone.  Additionally, the Chinese now own an 80% share of the deep seaport in exchange for writing off $1.1Bn in Sri Lankan debts.  Eventually, the Chinese will leverage military access/control.  This appears to be the blueprint of several of the BRI infrastructure projects.

Eight poor countries have been identified by the Center for Global Development as in serious financial straits, not being able to repay their debts, including Djibouti, Kyrgyzstan, Laos, the Maldives, Mongolia, Montenegro, Pakistan, and Tajikistan. These countries are among the poorest in their regions and will owe more than half of all their foreign debt to China.  A recent Harvard study implies that as many as 16 countries are currently struggling with their Chinese debt.  All are potential dual-use targets.

Chinese President Xi Jinping’s debtbook diplomacy under the guise of a developmental helping hand, an economic windfall to his South-South friends, turns into a stranglehold on their very sovereign economic livelihoods.

Military Power Projection:   The interim goal is the unrivaled influence and control of the Indian Ocean (IO) sea lanes and the control of the strategic chokepoints therein, and to a lesser extent the curtailing of piracy.  A network of bases/ports from Hainan to Djibouti (and beyond) enable a growing Chinese Navy a dominant and enviable position of power projection, interdiction, and control of one of the world’s least policed ocean.  China has several refueling points and recently opened a military base in Djibouti.  My guess is that Hambantota will be leveraged into military usage and that another base will open in the southern Maldives soon.

In my opinion, 3 naval carrier task forces (CTF) would be routinely required to keep the Chinese military buildup in check.  The US will be hard-pressed to counter the Chinese naval presence in the IO as it is already stretching resources to rotate 1 CTF (from Japan) to the region for periodic duty in the Persian Gulf.  Adding 2 more would require shifting responsibilities of ships in the Mediterranean and asking our allies to cobble together a 3rd.  Too many responsibilities and too few ships and personnel.  Furthermore, only Bahrain could adjust to handle a fulltime CTF, as Diego Garcia (UK) does not possess the pierage nor the logistical capability to accommodate such a large group of ships.  Limited logistical support is available in Hobart and Singapore. AFRICACOM has no permanent naval resources.  Therefore close cooperation would be required with Indian military authorities for basing of CTFs.

From Asia to Africa and Eastern Europe, BRI includes 71 countries that account for half the world’s population and a quarter of global GDP.

From Asia to Africa and Eastern Europe, BRI includes 71 countries that account for half the world’s population and a quarter of global GDP. Along with China itself, a more than sufficient foil and foe to any Western coalition.

Solely looking at the military potentials, we should expect expansion to countries in West Africa, & the Bahamas, Chile, or Panama, as BRI projects are ongoing or planned.  Other targets in the Americas could be Guyana, Suriname, French Guiana, Venezuela, and fellow BRICS member Brazil.  The failure to develop a Western Hemisphere foothold with the Nicaraguan Canal plan was a big blow to Chinese plans and prestige.

Some liken BRI as a re-kindled old Silk Road, some to the 14th-15thC seagoing adventurism and discovery.  I see the BRI as merely one modern-day tool which helps to ultimately return China to global dominance, in keeping with Xi’s version of the Chinese Dream.

According to Robert Lawrence Kuhn, who is an international investment banker and the author of “How China’s Leaders Think: The Inside Story of China’s Reform and What This Means for the Future”, the Chinese Dream has four parts: Strong China (economically, politically, diplomatically, scientifically, militarily); Civilized China (equity and fairness, rich culture, high morals); Harmonious China (amity among social classes); and Beautiful China (healthy environment, low pollution).

Khun states that “a moderately well-off society” is where all citizens, rural and urban, enjoy high standards of living. This includes doubling the 2010 G.D.P. per capita (approaching $10,000 per person) by about 2020 and completing urbanization (roughly one billion people, 70 percent of China’s population) by about 2030.

And, for China, “modernization” means China regaining its position as a world leader in science and technology as well as in economics and business; the resurgence of Chinese civilization, culture and military might; and China participating actively in all areas of human endeavor.

(Mr. Harvey is a retired US Navy, an experienced safety and health professional, with extensive experience in US Federal Government and corporate civil positions. He has a long experience of working in ASEAN countries, Persian Gulf/Middle East, and Latin American regions.  Freelance writer, journalist.  Currently on location in Colombia, Latin America.)

DFID’s termination and merger of the development agenda within the foreign office will imply that the agenda is relegated to a secondary position within a broader foreign policy framework. This will mean that the stock of institutional knowledge and experience, accumulated and perfected over the years by DFID will come to a disastrous end.
Read more

For the first time this book asks pertinent questions, about the nature of product in its non-western context, the social, cultural, political and economic reasons why many producers within the developing world appear to be unwilling or unable to forge creative directions of their own.
Read more