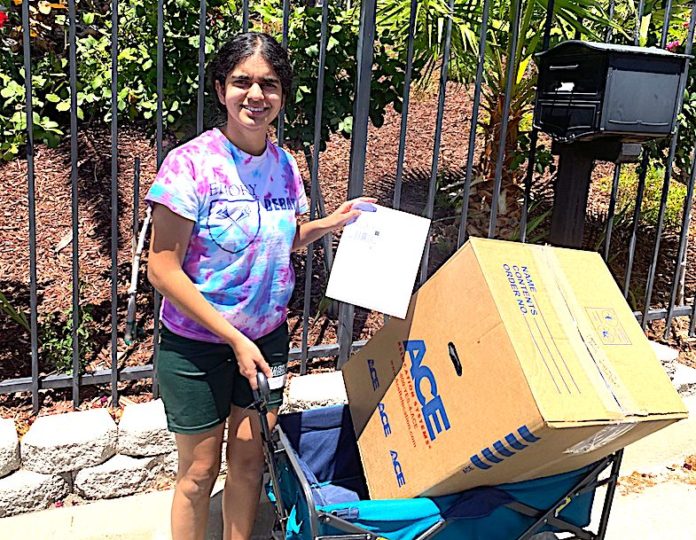 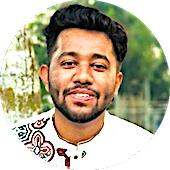 Environmental pollution has been the most underrated global problem for a long time. Yet, it has been affecting every part of the world, more or less in the same manner. However, for some strange, mysterious reason, we have been “sincerely” neglecting this ongoing disaster.

The scale of environmental pollution is massive. For instance, according to a 2018 report by the World Bank, the number of municipal solid waste (MSW) in 2018 was about 2.01 billion metric tons, of which only 13.5% was recycled and less than 6% was composted. In the same report, World Bank predicted that the waste generation would increase up to 3.40 billion metric tons by 2050–a whopping 70% increase.

In this article, however, I’m going to tell the story of an organization that is fighting the waste problem and making a real difference on the ground. This is the story of the Me2U Foundation.

After being inspired by the result of a Green Team at school, which worked on ending plastic pollution, Me2U foundation was established. The foundation now consists of young leaders from across the globe who have a common dream: our world can be made more eco-friendly and liveable, our world can be changed for the better. Currently, Me2U Foundation has representatives from 27+ countries and its members are increasing at a massive scale.

Sachi Bajaj, the founder of Me2U, is a senior at the Harker School in San Jose, California, and, unsurprisingly, she holds an avid passion for environmentalism. Starting in ninth grade, Sachi became heavily involved in her school’s Green Team, which focused primarily on ending single-use plastics in the community. From working with Green Team’s Buy Better Boba anti-plastic campaign that was named the top 10 in the World of 7 Billion Sustainability contest to organizing environmental speaker events for her school, Sachi has made her main goal to influence and change the way our world treats the environment.

The youngest volunteer of M2U Foundation is only 12 years old.

“After being inspired by the results of my efforts in the Green Team to end plastic pollution at our school, I brainstormed ways to further my impact beyond my school community,” says Sachi, when asked about the inspiration behind M2U. “I loved everything that we did in the Green Team, but it was constricted to a specific group of people, which was my school.”

“I realized the youth’s potential to make such a difference in one school in the world, so I decided that I did not need to stop myself there. Hence, I turned to look at my school’s largest environmental problem: food waste,” she adds.

“In March 2019, I researched for hours to learn more about food waste’s negative impact, driving me to create a system where excess food could be redistributed rather than thrown away.

“Starting off, I aimed to collect food waste from restaurants since U.S. restaurants throw away an estimated 22-33 billion lbs. of waste yearly. Last April, I wrote a script and began calling at least five new restaurants every day to ask if they would donate their excess food for redistribution. The process was extremely difficult, as most restaurants declined due to a variety of reasons, from not trusting a high schooler, to keeping with health standards, to simply not having waste.”

Despite this challenge, she knew that Me2U had potential and eventually, she established her first partnership with a local restaurant. Next, she contacted nearly 50 homeless shelters in her city. Although there were several restrictions on food donations to prevent sickness, she was able to find shelters, who would accept the food if donated immediately after collection.

Excited, she planned her first run in May 2019 and collected bread from the restaurant, weighed the food, donated it to the homeless, and documented the run’s progress. After managing Me2U by herself for six months, she wanted to strengthen Me2U’s impact by incorporating her communities by building an officer team, which today include global leaders with over 27+ chapters across five continents.

A few months ago, she decided to take Me2U to the next level, and have expanded it to other types of waste like unused books, shoes, clothes, and toys, which to date, has collected thousands of each item listed by working with libraries, schools, organizations, neighbors, and non-profits. With the Me2U Foundation, she hopes to achieve widespread change in every part of the world with global leaders joining the waste reduction movement. She wants to continue to expand her organization into more countries, find more like-minded and passionate people to join, and work to help as many needy people and organizations as possible.

This campaign is running at a time when the world is grappling with an unprecedented climate crisis. There is a real danger that we might lose the planet as our habitat, and scientists have warned us of this danger for many years.

Forces of globalization, global capitalism, and consumerism are affecting each and every one of us one way or the other. Problems like COVID-19 and global climate crisis are our realities. We have little time and problems are serious. It’s time we realize that human actions have severely harmed the planet, and we have no other choice but to act responsibly and correct the wrongdoings of the past as well as of the present.

We need initiatives like M2U for this very action–to heal our planet and to help the ones who feel helpless.

Me2U Foundation has been working on these issues since its very inception. The organization is mindful of the fact that pollution and environmental degradation are not our only burning concerns. There are millions of people who can’t afford to fulfill their basic needs. According to the World Food Programme, about 619 million people one in nine – still go to bed on an empty stomach each night.

Until today, M2U Foundation has been able to save more than 2696 meals, 3976 pieces of clothes, 4146 books, and also a significant number of toys, shoes, and home appliances.

Collecting supplies from the neighborhood and supplying them to people who are needy, every volunteer of the foundation is doing an outstanding job. At this age, when many teenagers and youths are getting themselves into trouble by having bad companies, being a part of this type of organization will keep them out of these. The youngest volunteer of this foundation is only 12 years old.

The Foundation has never stopped working no matter at times how complicated or adversarial the situation has been. Even now, when the entire world is suffering from the COVID-19 pandemic, M2U’s work has not stopped. In fact, the organization is working even more effectively than before. The collection and distribution have been better than in a normal situation. To help fight the pandemic, M2U volunteers have been making cloth masks and providing them to the needy. A few days ago, Bangladesh chapter of the foundation, which I lead, planted more than 500 trees to spread awareness on the importance of reforestation.

The next step for the foundation is essentially scaling and bringing Me2U to the next level.

“I want to not only strengthen our current chapters by providing them more resources but also start more chapters to maximize Me2U’s impact,” says Sachi. “My biggest dream is to see Me2U in every country in the world; although that is a very large dream, with dedication and time, I hope to one day either achieve this goal or come close to it.”

“If I am able to expand to as many countries as possible, that just means that so much more waste will be curbed from going to landfills and rather, in the hands of underserved communities, ” she continues. “Our world needs help on both environmental and humanitarian front; hence, I want to use my voice and platform to make the biggest difference possible.”

Tarif Ibne Kamal (Shakkhor) is based in Bangladesh, and is pursuing an undergraduate degree in Business Administration. He is the President of Me2U Foundation-Bangladesh chapter.

African entrepreneurs are driving prosperity despite a global crisis

Survivors of COVID-19 from 37 countries are among almost 1,000 people who have signed an open letter to pharmaceutical industry leaders calling for a ‘people's vaccine’ and treatments that are available to all.
Read more