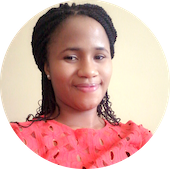 In recent times, there has been an unhealthy, exaggerated, hypocritical emphasis on ‘climate change’ issues in Nigeria. The federal ministry of health as well as environmental activists have with much fanfare, campaigned for climate change causes, and participated in climate change summits and events. It is a scientific fact that climate change is indeed happening, evidenced by extreme weather events, irregular rainfall patterns, loss of biodiversity, etcetera. Models have suggested and experts have asserted that if humans continue to live carelessly, the situation is likely to worsen. More so, the consensus among climate scientists is that the developing world is going to bear the brunt of climate change more severely and dramatically.

However, for a country like Nigeria, climate change issues should not be the only priority. And while all countries are responsible for climate change, Nigeria’s contribution is relatively low. For a start, let’s take a look at certain pertinent questions: what is the Carbon footprint of Nigeria in comparison to countries like India, China and the United States?  What is the rate of human and industrial emissions of greenhouse gases in Nigeria? What is the percentage that Nigeria contributes to the global burden of pollutants and greenhouse gases? How much of catalytic cracking, gasification/liquefaction of fossil fuels, heat and power generation by fossil fuels, coke, carbon black, and asphalt production and use occur in Nigeria? Empirical evidence shows us: very low, especially when compared with more industrialized nations.

We have to remember that Nigeria is a country without any standard practice for the handling, collection, and transportation of solid wastes. Recently, we have witnessed the obscene and incorrigible manner in which garbage is strewn all over certain cities, waiting to be collected. The potential health hazards that can arise from improper waste disposal which is a typical feature of the Nigerian system are numerous and very grave. A country with very weak health systems, poor public health response should focus more on averting imminent public health crises such as groundwater and soil contamination, water pollution, outbreak and spread of pathogenic diseases, disruption of important environmental cycles, all of which are likely complications of such irresponsible disposal of solid waste.

There are other pressing needs and issues that should go hand in hand with the issue of climate change in Nigeria. The government and all other relevant stakeholders who seem fascinated and concerned by climate change should be reminded that there are other pressing needs as well. For instance, in Nigeria, numerous health care facilities, households, vendors, and entire communities still lack access to safe drinking water. According to Water Aid Nigeria, 57 million Nigerians do not have access to safe drinking water. A National Bureau of Statistics survey showed that nearly 70 million Nigerians lacked access to safe water in 2011.

According to Oxfam International, a Nairobi-based charity, over 130 million people do not have access to adequate sanitation in Nigeria which is two-thirds of the country’s population!. Similarly, over 25 000 Nigerian children die every year from diarrhea-related diseases caused by consumption of unsafe drinking water and poor sanitation. A staggering 68% of the population has no access to a toilet.

In addition to these miseries, Nigeria is saddled with so many other challenges: poor infrastructure, uncontrolled urbanization, institutional collapse, high maternal mortality rates [over 800 maternal deaths per 100 000 live births in 2015, according to the WHO], to name a few.

Finally, it is important to note that impact assessments predict that climate change and global warming are not expected, for the most part, to create new problems; it is rather expected to exacerbate already existing challenges of malnutrition, diseases, and poverty. In view of this, it is ironic and indeed irresponsible of the government and other relevant stakeholders to blow the whistles of climate change and global warming while neglecting the more basic and pressing social and environmental issues confronting the nation.

As we rave about reducing greenhouse emissions and reducing the impact of climate change in Nigeria, let us not forgot to combat malaria, improve sanitation, and ensure a regular supply of safe drinking water.

(Alegbeleye studied Microbiology at the Federal University of Agriculture, Abeokuta in Ogun State. She is a Ph.D. candidate at the Department of Food Science, University of Campinas, and holds a Master’s degree in Environmental Health from the Cape Peninsula University of Technology, Cape Town South Africa.)

A Forgotten Conflict in a Forgotten Region: Western Sahara and its 9 Million Landmines

By Adil Khan The Western Sahara dispute is ‘one of the world’s least reported crises’. For almost 40 years a forgotten conflict has ensued in a forgotten region. Contested by Morocco and the rebel organisation known as the Polisario Front, it is the cause of ethnic tensions, a diaspora, and a terrain contaminated with 9 million landmines. Will this conflict be allowed to continue, or will the international community intervene?
Read more