An interview with Alejandra Ancheita, a human rights activist in Mexico.

Even though Mexico ratified the UN Convention on Human Rights in 1981, it has been the last one of the most dangerous countries to defend human rights or practice journalism in the last decade. According to the Reporters without Borders Freedom of Speech Index, Mexico claims spot number 148 out of 180. The recent scandals of the mass disappearance of 43 students in Ayotzinapa in September 2014, as well as the news of top mexican journalist Carmen Aristegui being fired from her radio show in March 2015 after helping uncover a scandal involving Mexico’s president Enrique Pena Nieto, reveal that Mexico is facing a humanitarian and human rights crisis, which requires changes, perhaps, on an institutional level.

Committed to civil activism, numerous local and international individual human rights defenders and organisations are active in Mexico, allthough faced with considerable personal risks, including harassment and verbal or physical attacks as they demonstrate opposition against the interests of powerful governmental agencies, military groups, or/and private/state-owned companies. In many cases, there is evidence—including witness testimony or traced cell phones—that state agents are involved in aggressions against human rights defenders, but almost never do their registrations result in a conviction. In oder to improve the situation, the Human Rights Defenders and Journalists Protection Act was passed in 2012, but reports of Peace Brigades International (PBI) demonstrate its lack of implementation and effectiveness. 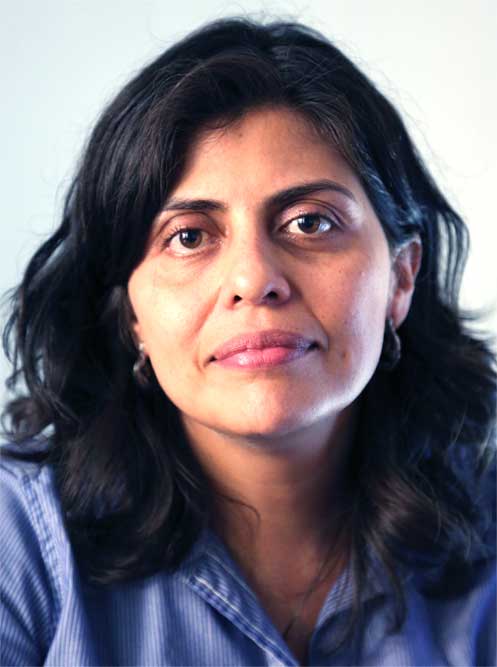 Alejandra Ancheita has actively worked for more than a decade to protect human rights in Mexico. Photo: PRODESC

One of the committed invididuals is Alejandra Ancheita, a Mexican lawyer and human rights activist who, with her organisation PRODESC, has been working to secure the social, cultural, and economic rights of migrants, workers, and indigenous communities in Mexico for more than a decade. An impressively resistent and strong individual, she received the Martin Ennals Award – commonly known as the Nobel prize for human rights defenders- in 2014.

Global South Development Magazine’s Mexico based Global Development Reporter Hanna Voelkl recently caught up with her and talked about the current situation of human rights defenders in Mexico, the effectiveness of the protection mechanism implemented in 2012. Hanna also asked her to give some insight into her personal motivation to continue her work regardless of being faced with continuous threats and dangers. An excerpt:

What is your work regarding human rights?

I am a lawyer and a human rights defender in Mexico. I am the founder and executive director of the Project of Economic, Social and Cultural Rights (ProDESC), a non-governmental organisation which has been fighting for the protection and defense of the economic, social and cultural rights of the indegenous communities, as well as other marginalised and underrepresented communal groups and coalitions of workers whose human rights have been affected for the last ten years.

What made you become a human rights defender?
When I turned 18, there was a very important event in the history of Mexico which was the uprising of the indegenous and zapatista movement, which brought to light all the exclusion and discrimination that indigenous communities were suffering for many generations. At that moment I decided to study law and become a human rights lawyer.
I decided to found ProDESC with the main objective of the protection and promotion of the economic, social and cultural rights of indigenous communities and communal groups in Mexico.
It is difficult to explain to those outside of the country, but what is currently happening in Mexico is a situation of a structural violence towards the indigenous communities, as well as against human rights advocates and defenders, social leaders and journalists.

Furthermore, the cases of torture and enforced disappearances are two of the most painful and urgent problems Mexico is facing. After his visit to Mexico last year, the UN Special Rapporteur on Torture, Juan Mendez, said that the use of torture and ill-treatment in Mexico was widespread, and expressed his extreme concern in relation to the small number of investigations and the situation of impunity.

In August 2014, the government admitted that the whereabouts of more than 22,000 persons who had disappeared since 2006 remain unknown to date and refuses to disclose how many of these cases correspond to enforced disappearances. The situation of impunity is discouraging as, according to official information, from 2006 until the first quarter of 2014, not one single person has been convicted in regards to the enforced disappearances. In this respect, the case of the 43 students missing in rural Ayotzinapa and the case of Tlatlaya where the Mexican army extrajudicially executed 22 people in the State of Mexico clearly illustrate that the use of extreme violence is the modus operandi through which the armed forces exercise the law.

What type of protection or support is necessary for human rights defenders?
From my experience through my work base in Mexico and my incorporation into 2013 to the mechanism of Federal Protection of Human Rights Defenders and journalists, it seems to me that there is still much left to do. Various organizations including Amnesty International, Human Rights Watch and the CEDAW Commitee have expressed their concern about the situation of impunity prevailing in the violations towards human rights defenders as the main obstacle in strengthening its security. However, the Mechanism does not guarantee the proper investigation and processing of the aggressors.

Another area of opportunity is the lack of gender diferentiation in the mechanism to meet the specific needs of female human rights defenders. It would be helpful for mexican authorities to establish best practices, for instance through training their staff with a gender perspective, as well as establishing gender indicators that measure and guide the commitment, planning and implementation of protection measures.

Furthermore, it is important to consider the need to involve the advocates and defenders in an integral and transparent way, both in the design and implementation of protection measurements, and in the processes of risk assessment. This is especially important for the defenders working on issues affecting private interests, such as companies, or those who defend the rights of land and territory in isolated communities.

Finally, the cooperation and coordination between the state, federal and local authorities in the implementation of protection measures have to improve drastically.

What gives you the motivation and energy to continue doing your work, although faced with daily threats and dangers?
The situation of injustice in a country like Mexico exists specifically due to the fact that there is one very priviledged group of people that wish to maintain a structure based on the discrimination and exclusion of the majority and the privileges of a few. This injustice has been like a motor for me that has driven me to create conditions to break these structures of inequality and exclusion.

I consider it to be very important to generate conditions in order to help others understand that the law is a very powerful tool for the way forward in creating better forms of access to the justice, especially for those who have historically been subordinated and excluded.

The vast majority of acts of violence against women go unpunished.
In Mexico, the attacks against women human rights defenders constitute 41% of the total damage suffered by human rights defenders, the highest percentage in the region. In this respect, the Convention on the elimination of all forms of discrimination against woman (CEDAW) has expressed its worry concerning the delay of answers of the authorities and the absence of investigation regarding these cases. The role of women in the defense of human rights is essential since 66 % of the persons who report, organize and demand justice for the forced disappearance, the violence and the lack of safety in Mexico are female.

The IACHR has pointed out some of the barriers and structural problems faced by female defenders in the region which promote access to justice for women victims of violations to their rights on equal terms. These include an absence of administration of justice in rural, poor and marginalized areas, the absence of official lawyers for victims of violence without any economic resources, the general lack of human and financial resources to address the prevailing and structural problems, the institutional weakness of the governmental departments and the police who investigate criminal offences, as well as the absence of special units within the department of public prosecutions, the police and the criminal courts with technical skills and specific knowledge.

In conjunction with the mechanism of protection, these should have been overcome, as it is indicated by the National Network of Advocates of Human rights in Mexico. However, even advocates who hold precautionary and provisional measures, still keep on being murdered, threatened and attacked on a regular basis.

Because of this situation, the protection mechanisms to adequately protect women defenders, need to adopt an integrated approach to security. This goes beyond the physical protection measures; it is furthermore essential to consider the psychological well-being, the safety of members of the family and the realization of a real and sustainable structural change, addressing issues such as economic inequality, the impunity and the struggle for social justice.

In the past, dependency thoughts broke some political boundaries and explained the reasons why wealthy nations were taking advantage of poor countries, and today they are useful in explaining recurring financial crises, the reckless use of natural resources and widening inequalities both in the global South and the North.
Read more

Doctor in Your Pocket – the New Era of Mobile Health!

In recent years, the field of mobile health, or mHealth, has exploded. The power of cell phones and other mobile devices is being harnessed to improve health delivery systems worldwide. For instance, in Malawi, community health workers (CHWs) have been using text messages to improve drug adherence among HIV positive patients. And in India, a potentially disastrous cholera outbreak was avoided during a religious festival in 2001with the help of mobile tools.
Read more