Since Independence in 1960, Somalia has had a limited experience dealing with a democratic government. Aden Abdulahi Osman, the first president of Somalia, was Africa’s first head of state to voluntarily handover power to a democratically elected successor.

He would have made an excellent candidate for the Mo Ibrahim Prize, if he was alive.

Prior to this; the depose of the autocratic military dictator Mohammed Siad Barre resulted into the collapse of a nation which had long been popular for its history and grand tourist destinations. 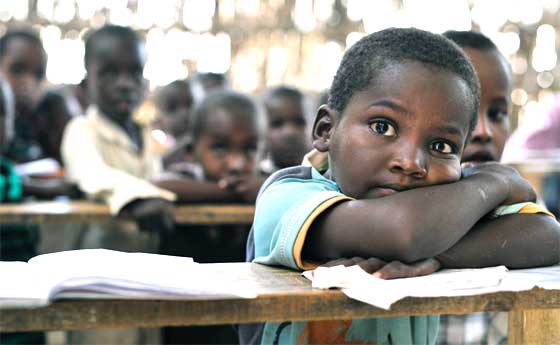 The end result of that 1991 civil war was bitter than expected: anarchy; fratricidal war, a mass exodus of people fighting between warlords, famine, and the creation of balkanized states: groups competing for clan control of the country.

That was a history, and for the first time now there is an internationally recognized federal government, though Somalis disagree about whether federalism is a recipe for sustainable peace and even question whether such a system is little more than paper work.

Almost all Somalis- whether in Somalia or abroad- were very optimistic that the current government with its engrossing blueprint of vision 2016 will deliver much better results.

Whence the government delivered its promises is yet to be assessed, though the early indications show that, the mission is far from success.

Vision 2016 comprises several distinct priorities; reviewing/implementation of the provisional constitution, establishing federal member states and building functioning government institutions that have the capacity to embark on nationwide- novel democratic elections –towards the end of 2016, when the existing government’s term of office comes to an end.

Despite some gains, like creation of provisional constitution, other achievements have fallen very far short of what’s been promised.

Deliverables like establishing states has caused vinegary in-fightings, tensions and mistrust at the local level. The best way of sharing the resources has raised too many questions with few answers.

Moreover, given the current security and political status quo, the possibility of holding one-man one-vote exercise –is becoming unrealistic and might never be more than an elusive dream.

The progresses of vision 2016 were most notably stalled by the fragile security, foreign interventions and most probably recurrent political bickering that was prevalent between the president and his prime ministers. Such wrangling almost became part of the system.

Surprisingly, the country had 3 prime ministers during a short period of mere three years, a sign of feeble and poor leadership. Lee Mwiti, M&G Africa’s deputy editor, recently joked in his article that ‘the number of Somalia’s prime ministers, presidents, and interim leaders, since the fall of the Siad Barre government in 1991 could easily match the total number of US presidents since America’s independence in 1776”.

With all that shortcomings faced by the Somalis; Turkey has acquired the minds and hearts of the struggling horn of African Somali communities.

The few years of turkey’s great charisma has resulted meaningful contributions, a lot more than any other country: building hospitals, roads, giving education opportunities and above all dedicating the lives of Turkish citizen to come to Mogadishu, once dubbed by the media as the world’s most dangerous place to be a human being.

So far, Turkey has delivered business and humanitarian missions. Diplomat Abukar Arman writes in his article Erdogan: The Hero of Somalia, recently published by Aljazeera.

“Within an incredibly short period of time, Erdogan’s plan resuscitated Somalia from near death, a massive bilateral nation-building effort followed; roads, hospitals, mosques, and schools were built, the airport was expanded”

On the basis of her observation BBC’s Mary Harper wrote about her admiration of the quick impact made by Turk’s short time weight, concluding her lengthy essay with, “I couldn’t help wondering whether the rest of the world could learn something from what the Turks are doing in the broken city of Mogadishu”.

With security improving in Mogadishu, and sounds of construction replacing the terrible bullet noises, the USA appoints it’s first ambassador to Somalia since Blackhawk. Looking from the optimist point of view, there is silver lining in the dark cloud, and it is up to Somali politicians and policy makers to take in the aspirations of the people of Somalia, and make use of this opportunity to fulfill a changed veracity.

See Also:   Hit the Hardest: the Children Orphaned by Ebola

Lastly, and given the limited time ahead, continuous delays, contestation and confusion of Somali’s vision 2016, one will be left wondering whether history is repeating itself, and whether UN/international actors are making the same mistakes all over again while at the same time expecting different results.

But there is one final catch, which is the fact that, there are some lessons we should learn from Turkey’s involvement in Somalia: i.e. quick, proactive and comprehensive recovery with maximum level of commitment. Take note Donors.

Despite the gains and major investments in e-government by many countries, the digital divide persists. Seven out of eight countries with low scores are in Africa and belong to the least developed countries group.
Read more

By Mike Levin As of 2015, Translators Without Borders (TWB) is translating 800,000 words a month for 160 humanitarian organizations. Except for a small paid team in Nairobi, all work is done by volunteers. The demand is growing fast, which makes one wonder why it took so long for a global translation NGO to arrive.
Read more

War & Peace in the Democratic Republic of Congo

The Democratic Republic of the Congo is not officially at war, but for decades the ordinary Congolese haven't experienced an essence of peace either. After years of bloodshed and devastation, the DRC is staggering towards normalcy, but after brief intervals the country finds itself rebound into violent conflicts again and again.
Read more

See Also:   The Mediterranean Migrant Crisis: The Option Between The Devil And The Deep Blue Sea