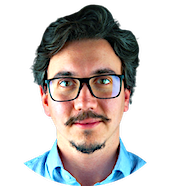 Thirty years into civil war, Somalia looks more like a risk board game than a country. Despite the efforts of the international community, local powerbrokers, regional leaders, militias, and terrorist groups still wrest control of large swathes of Somali territory from the central government.

Elected in 2017, President Mohamed Abdullahi Mohamed “Farmajo” decided to turn the tide by stepping up the state-building endeavour. The time seemed ripe because the external actors which contributed to the disintegration of the country, namely Ethiopia and Eritrea, had begun to favour a stronger federal government in Mogadishu.

Yet, in recent years other actors have entered the picture. Some, such as Saudi Arabia and Turkey, have been present for a long time. Others, such as Qatar and the United Arab Emirates (UAE), stepped in more recently. Where western governments saw a war-torn and terror-ravaged land, these Gulf Cooperation Council (GCC) members saw investment opportunities and strategic positions they could fill.

As a result, Somalia fully entered into the Arab world’s broader geopolitical situation with major implications for the Horn of Africa country’s state-building process. In the background, the al-Qaida affiliate Al-Shabaab continues to operate unabated across Somali grassland while taking intra-state rivalries.

In mid-2017, Saudi Arabia, Bahrain, Egypt, and the UAE imposed a blockade on Qatar and invited their allies, partners, and friends to severe ties with Doha. Yet Mogadishu did not follow suit because Doha was active in Somalia for years through its network of charities.

President Farmajo resisted pressures from the Gulf. But Mogadishu’s refusal to cut ties with Qatar triggered a tit-for-tat with Abu Dhabi.

The Qataris had strengthened their foothold in the African country by supporting President Farmajo’s election campaign and obtained the appointment of individuals close to Doha in senior government positions. For these reasons, President Farmajo resisted pressures from the Gulf. But Mogadishu’s refusal to cut ties with Qatar triggered a tit-for-tat with Abu Dhabi, which eventually caused the breakdown of bilateral relations.

Since then, the Gulf divide has regionalized and internationally significantly with major implications for Somalia which have proven to be polarizing. The Federal Government aligned with Doha, which even contributed to Somalia’s budget with USD 20 million in 2019.

President Farmajo has paid three official visits to Qatar since 2017. The UAE instead fostered its relations with opposition politicians in Mogadishu, some Federal Member States and Somaliland, the breakaway republic in northern Somalia, by offering investments and aid. The feud between the Federal Government and the Federal Member States already represented the most challenging cleavage in Somali politics. Now the polarisation deepens as external sponsors disincentivise compromise.

In every risk game, some territories are more contested than others. Likewise, in Somalia, the competition between government and member states has played out in some regions rather than others. President Farmajo has tried to supplant hostile governors with his local allies, and in response, the governors sought support from external powers, such as the UAE.

See Also:   "Poverty Brings Hutus and Tutsis Together in Rwanda"

One of these fault lines is the state of Galmudug. In 2017, Galmudug’s former governor, Ahmed Haaf, pledged his allegiance to Saudi Arabia and the UAE over the Gulf dispute and travelled to Abu Dhabi to discuss investment opportunities in his state’s airports and seaports. Yet, former President Haaf was deposed by a local parliamentary vote and replaced by a Mogadishu-backed leader later in the year. As a result of the leadership change, Galmudug’s main port, Hobyo, eventually received a USD 170 million investment from Qatar.

What looked like a painless transition, though, took place in a highly volatile environment, where clan-level divisions run deep into the society and community clashes are often exploited by local and national politicians. Therefore, political skirmishes could easily escalate into local conflict. The former governor of the South West state, who had aligned himself with Riyadh and Abu Dhabi, resigned before facing a similar no-confidence vote in 2018.

The governor of Jubaland, Ahmed Madobe, is another Farmajo’s foe. President Madobe has maintained fruitful relations with Abu Dhabi since 2016, when he opened the capital of Jubaland, Kismayo, to Emirati investments. His allegiance to the Saudi-Emirati front earned him substantial humanitarian aid over the years and, more recently, a medical aid package to fight against COVID-19.

President Farmajo refused to recognise Madobe’s latest re-election and supported opposition leaders in Jubaland. The hostility between Kismayo and Mogadishu escalated into a military confrontation in the Gedo district in April/May 2020 displacing over 50,000 people. Now a ceasefire is in place, but tensions remain tangible.

Finally, the self-declared breakaway Republic of Somaliland has been in conflict with Mogadishu dating back to 1991. Over the years, Somaliland has cultivated its relationship with Riyadh and Abu Dhabi by exchanging its strategic position close to Yemen with political and economic support. As a result, Somalia-Somaliland ties reached the lowest point in 2018 after the Emirati company DP World signed a contract to operate Somaliland’s port of Berbera and the UAE built a military airbase in the city’s outskirts.

More recently, under pressure from Djibouti, Ethiopian Prime Minister Abiy Ahmed, and the international community, Somalia and Somaliland have embarked in a round of talks to facilitate trade and movement but without significant results. Like in other regions, the Saudi-Emirati support, on one side, and the Turkish-Qatari backing, on the other, have watered down the economic incentives of a compromise.

Oil and Gas: The New Frontier of Competition

Like the Gulf dispute in 2017, a new element must be factored in the Somali equation: Oil and gas. The first event indicating a politicisation of oil and gas sectors was President Farmajo’s invitation to the state-owned Turkish Petroleum Company to explore Somalia’s offshore oil fields. An invitation welcomed in a speech by President Erdogan in 2019.

Meanwhile, the Somali federal parliament passed the Petroleum Law. This legislation gives a legal framework to regulate the sector valid for the Federal Government and the Member States. The Petroleum Law sets out a production mechanism for oil and gas, but it is vague on other outstanding issues: a clear revenue-sharing model, the authority to sign contracts with foreign companies, and the power to appoint officials in the national hydrocarbons company.

The first issue will be particularly contentious since it gives the right to make political choices on foreign companies and the possibility to tap into licensing-related corruption. The Member States are likely to demand more decision-making power on this. President Madobe of Jabaland already warned oil companies that any exploration in his state’s waters without his consent is illegal. The President of Puntland, a semi-autonomous state in north-eastern Somalia, even rejected the whole Petroleum Law. Puntland is another ally of the UAE.

In 2017, the Emiratis signed a contract to develop and manage the state’s main port, Bosaso, and train the local maritime police. Like Jubaland, Puntland would also be interested in awarding oil and gas contracts to its partner companies, instead of letting Mogadishu bring its own, e.g. Ankara.

Unbound from Mogadishu’s legislation, Somaliland has set the path that Jubaland and Puntland might take one day. In 2018, Somaliland authorities signed a contract with RAK Gas, a company owned by one of the UAE’s ruling families, to explore and extract gas from a 24,000 km² offshore area around Berbera. This move consolidated Somaliland’s partnership with Abu Dhabi.

Despite the disagreements over the Petroleum Law, the Farmajo government launched a first licensing round on August 4. The Member States more recalcitrant to Mogadishu’s rule are likely to resist making the oil and gas sector yet another arena of confrontation between Federal Government and the Member States.

According to Omar Mahmood, International Crisis Group’s senior analyst for Somalia, “right now Somalia lacks that [a comprehensive settlement on the questions of resource and power sharing] and the federal model suffers as a result.”

On top of that, presidential elections are on the horizon. The original election day has been postponed to an indefinite date, an issue that brought expected acrimony against the government. President Farmajo can already count on Turkish and Qatari support. The UAE, instead, has not picked a candidate yet. Again, according to Mahmood, Abu Dhabi is probably waiting to see the results of the parliamentary elections, scheduled before the presidential ones, before putting its weight behind a specific opposition leader. Consequently, electoral competition is expected to delay negotiations between the government and Somaliland and will likely hinder dialogue over other issues with the member states.

Looking to the future, it appears that the Middle Eastern powerhouses are set to pull their Somali clients in opposite directions. If not handled properly, these factors risk further jeopardizing Somalia’s state-building process.

This commentary was provided by the International Institute for the Middle East and Balkan Studies (IFIMES).

By Nikola Jovanovic I asked myself so many times: Isn`t it already too much? Do we really need to go to wars after all these natural disasters? Haven’t floods, earthquakes and Tsunamis taken enough lives and added enough human suffering?
Read more

Despite various efforts, child labour in India is still a common practice. Poverty forces children to seek jobs in undisclosed service sector and many are forced into prostitution, while many other become victims of human trafficking.
Read more

See Also:   "Poverty Brings Hutus and Tutsis Together in Rwanda"