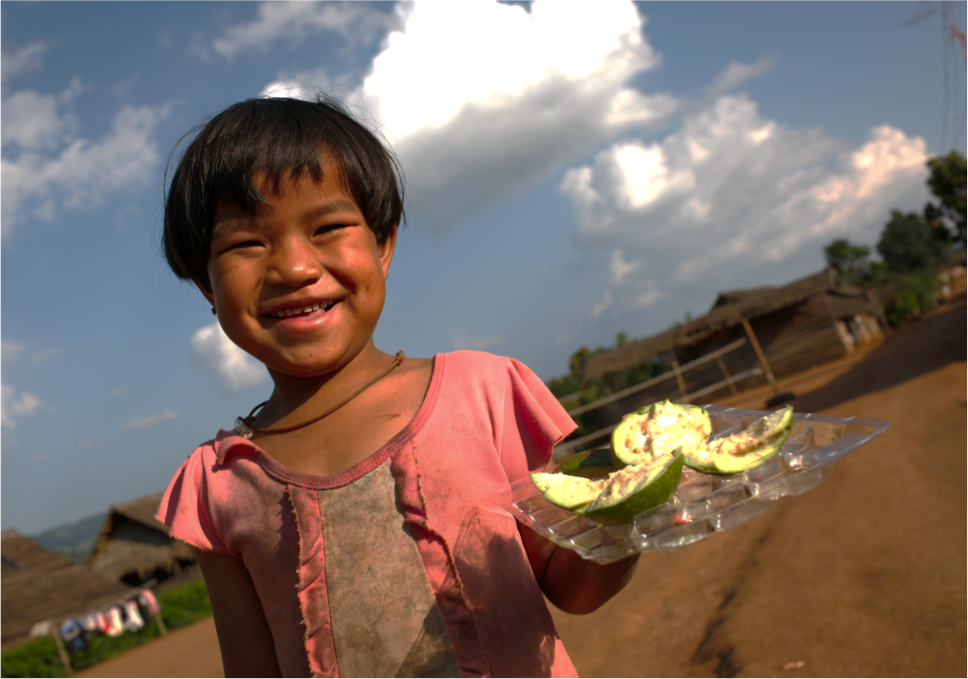 Unrecognised as a people by governments or, sometimes, even the United Nations, the Karen, Karenni and Shan groups have, for decades, lived hand to mouth in makeshift refugee camps along the Thai/Burma border. Gareth Mace shines a light on one organisation that has given hope to some of the most marginalised in the region.

The north of Thailand is home to a number of refugee camps – an inevitable consequence of the instability and repression that has blighted its northernmost border with Burma for decades.The camps play home to many ethnic groups such as the Karen, Karenni, and Shan, all which have escaped the wrath, persecution and repression of the military junta since it took power of Burma in 1990.

In 2002, when fierce fighting between the Burmese military and the Shan State Army broke out in villages in Shan state, many residents were forced to flee and took shelter in a local monastery in Wiang Heng district, Thailand. Approximately 600 Shan people have fled to safety since that time.

Upon their arrival in Thailand, the Shan faced many hardships, as they were given no assistance. Their condition was exacerbated by the refusal of the UN to recognise them officially as refugees due to old ethnic ties with Thailand and the Kingdom of Siam. Officially classified as a temporary shelter and now residing on the private land of the compassionate abbot of Wat Fa Wieng Inn Monastery, the Koung Jor (“Happy Hill”) Shan refugee camp battled shortages of food and severely cramped living conditions before eventually gaining support from the Thai-Burma Border Consortium (TBBC) who assisted the Shan in building huts and obtaining rations. Since that time a lot of hard work from the community itself, along with help from humanitarian/development organisations and individuals, has been undertaken to improve health and education in the camp.

Yet global financial pressures have caused TBBC to reduce its funding there year-by-year, resulting in the reduction of vital provisions such as food and supplies. The residents have since had to rely on other organisations and individuals in their quest for a more dignified existence. One of the key organisations that have stepped in to fill the funding gap and to further support the people at Koung Jor is The Branch Foundation.

Established in 2007, The Branch Foundation (TBF) is increasingly becoming more recognised in the global development funding scene yet is still a minnow in comparison to the International Financial Institutions (IFIs). Through a combination of dogged commitment and endeavour as well as an unshakable belief in what they do, the organisation has increasingly grown its capacity.

Registered in New Zealand and with its coordination based in Thailand’s second largest city of Chiang Mai, the Foundation takes great pride in its approach of supporting grassroots initiatives and local organisations – predominantly working on the Thai-Burma border but increasingly exploring options to spread their assistance. As Founder and Director Iona Proebst explains:

“We were all too aware of the shortcomings of international funding: those with the loudest voices often get the biggest portion. We prefer to work with the marginalised, to focus our efforts on those with the most need.”

TBF’s three main focus areas (welfare & poverty relief, education and sustainable community development) result in a funding policy that promotes capacity building, empowerment and, it is hoped, eventual independence from aid for their beneficiaries, while also endeavouring to protect the environment and be fully transparent and accountable to all stakeholders. Doubtlessly, these goals and values, as well as the zeal with which they are pursued, have enabled the organisation to appeal to new donors in spite of the contemporary global economic context. 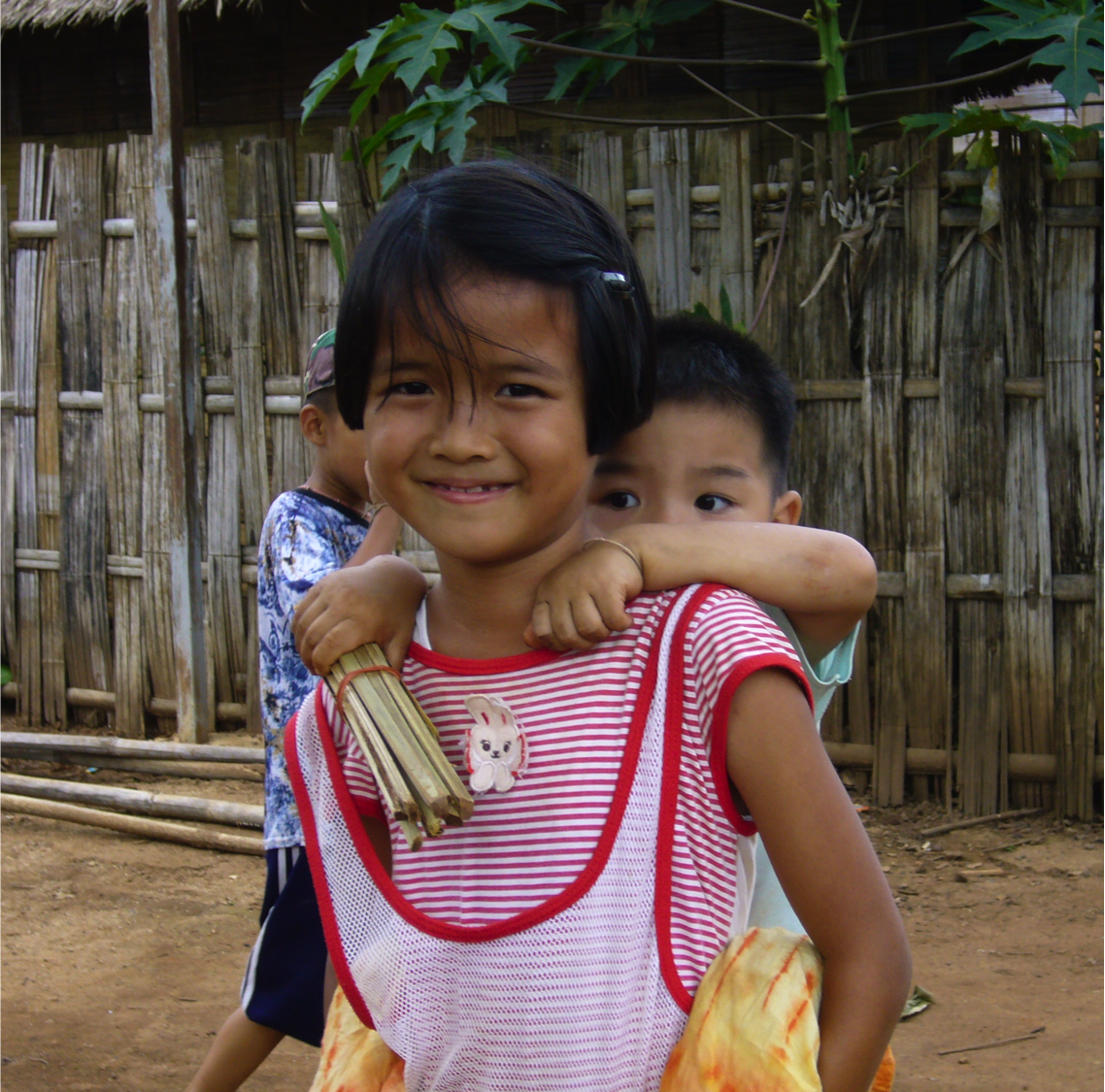 The Shan Refugee Camp is a prime example of the approach The Branch Foundation is taking in the region due in part to its unrecognised status – which among other things forbids it from access to the national electrical grid of Thailand.

In December 2011, the organisation achieved a major success by securing funding to provide every family in the refugee camp housing around 600 residents with solar lighting through the GlobalGiving fundraising platform.  It is believed that this alternative energy project will be the first of its kind in the world.  Not only does this achievement benefit the recipients of the funding but also has secured TBF a permanent position on the highly esteemed online fundraising site, enabling more funding opportunities and networks. GlobalGiving has enabled donors to take advantage of tax exemption/GiftAid in the US, UK and New Zealand making their contributions go that little bit further.

Work on the solar lighting project will begin in earnest in March and it is hoped that it will be fully operational by April. Once finalised, the improvement that it will have on the lives of residents cannot be overstated. With no effective electricity in place, community residents resort to using hazardous oil lamps/candles during the night, risking fire for the sake of visibility. It also allows children to pursue their studies after dusk and saves families precious money by them not having to buy expensive candles.

See Also:   Tourism for Change: An Inspiring Example from Cambodia

“I am extremely excited by this project and feel that it will truly benefit our community in the long term. When it is finished I will be able to study after dark and work towards my future to be able to support tangible change for our people. This would not have been possible without the effort and support from The Branch Foundation.” [Sai, Shan Refugee Camp representative]

The GlobalGiving facilitated project will put an end to practical and safety concerns from the lack of electrical lighting and, it is hoped, further the camps self-sufficiency – a biogas system is also in the pipeline pending the finalisation of the prototype.

As the Branch Foundation grows, it hopes to build on such green initiatives and continue to establish itself as a serious and respected purveyor of sustainable community development projects. Another priority of this small yet effective organisation is to spread its financial support to the countries that neighbour their base in Thailand. Partnerships in Laos and Cambodia are currently in the research stage.

“There are still many people out there without the opportunities that we take for granted. I believe The Branch Foundation will help bring positive change, empowerment and the tools to the communities we collaborate with so that they can to work towards a sustainable future.”

With the strides that have already been made from Iona and her committed team, prospects are certainly looking good.

For more information on The Branch Foundation and how to support their projects, please visit their website: http://www.thebranchfoundation.org

Latinos in London: Pride, not Prejudice

Discrimination has been described by Latin Americans as a severe issue – over 70% feel it holds them back in their day to day lives. Colombian women in particular have expressed anger over the prejudices held towards them; “as soon as we say we are from Colombia, people immediately associate us with prostitutes, and do not respect us,” complains Alba.
Read more

After A Revolution, Back to The Kitchen: Women in the Aftermath of the Arab Uprising

When the heydays of the Arab Spring have subdued; that promising, bright and mesmerizing picture of the Arab world has started to fade. Contrary to popular expectations outside the Arab World, the Islamist fundamentalist and semi-fundamentalists dominate the elected bodies in the post-revolutionary Arab states.
Read more