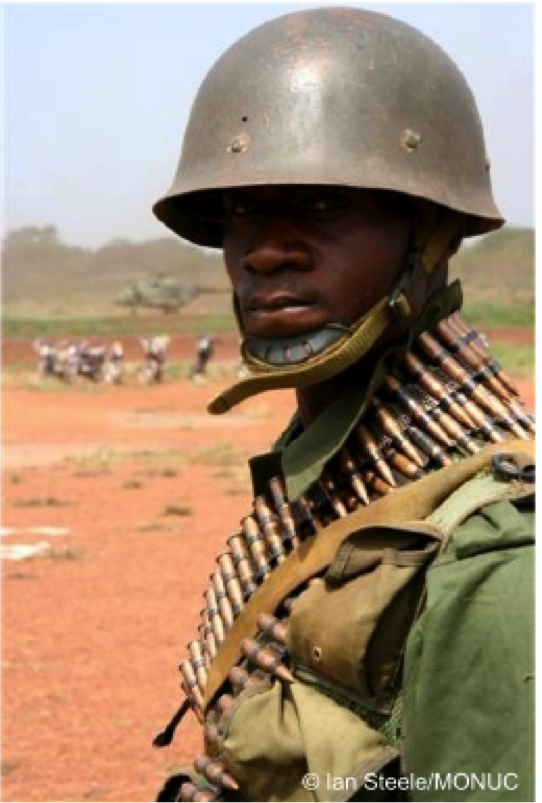 For decades, foreign hands have just messed up many things in the DRC and virtually robbed the country, it’s now time that the people of DRCongo decide their fate themselves and use their mineral resources wisely for the benefit of all Congolese people.

When we were working on the cover story on the DRCongo for this edition of Global South Development Magazine, we came across an internet post that said: ‘A few African countries are doing really good, many of them still do have conflicts and their own issues, but the DRCongo is a bit different. Here, things, really, have fallen apart.’

By now we have finished the cover piece, the magazine is being designed for final publication, during these recent few days I managed to talk with a number of people who are familiar with the DRCongo, went through many articles and internet posts, read reports of NGOs and relief organizations, and my one sentence summary would be similar to the above mentioned internet post, ‘yes, in the DRCongo, things have really fallen apart.’

When you read about the DRCongo, you instantly get two images circling around your mind. The first image is of imagination, of possibility that tells that with all its potential and natural wealth, a country like the DRCongo should have been the most prosperous nation on the planet, while the second image is of reality, the bitter, desperate reality, that gives you a gruesome image of the country, where life expectancy of its people is mere 48 years, the average income of its citizens $300 a year and the country is consistently at the bottom of UN human development index (187th out of 187) with 71% of its population living below the poverty line. 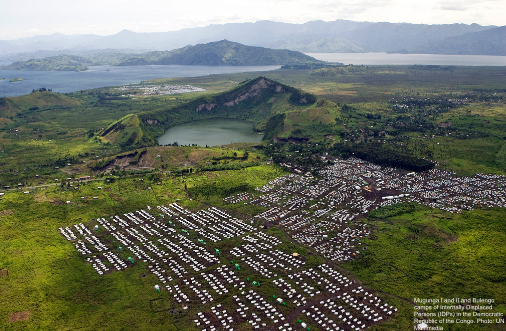 The obvious question arises, what are the reasons that have made the DR Congo the poorest nation on the planet? Has the country been cursed by nature with no natural resources and possibilities of economic development? The answer is quite the opposite. As our GSDM correspondent for the DRCongo, Emily Lynch, who also works as a health consultant for the relief organization Doctors Without Borders, writes in her feature, ‘Congo’s burden is its wealth; its wealth is its burden.’

The DRCongo has almost everything that a country needs for a sound economic development.  The country covers 2,344,858 square km of land in the centre of Africa, making it the 12th largest country in the world, roughly the size of Western Europe. Given the size of the country, its population of 70million is not excessively high either. Most importantly, the DRCongo has vast reserves of the natural resources that the world needs. It has cobalt, copper and gold mines, it has diamond ores and other precious gems, the most notable fact being that the country has 70% of the globe’s coltan reserve, something that is vital for mobile phone production.

See Also:   War & Peace in the Democratic Republic of Congo

Home to the world’s second biggest rainforest, DRCongo is immensely rich in renewable energy sources as well. With 13% of the world’s hydropower potential, experts say, vast and networked rivers of the country could power the entire African continent. Then again there is this bitter reality: at the moment just 9% of the DRC population has access to electricity.

The same goes with agriculture. Emily Lynch from the DR Congo writes, ‘much of Congo is covered with lush, fertile, productive land; there is no reason that anyone should go without food in this country, no reason that there should be stunting and micronutrient deficiencies and malnutrition common enough that you can walk through a village and point out all the children suffering from it.’

See Also: Conflict in the DR Congo: A Reflection From The Field

Historically the DRCongo has gone through a lot. By 1877, the country was occupied by the forces of Belgium’s King Leopold II. For the brutal king, killings and massacres were like child’s play. While extracting huge quantities of rubber from the country, he made violence a basic tool for everyday affairs in the Congolese society. The country got independence in 1960, but another dark period instantly began when Patrice Lumumba, only 35, the country’s first prime minister and a popular independence leader was deposed, imprisoned and killed only after twelve weeks in power. Later it became clear that Lumumba’s assassination was carried out with the assistance of Belgium, for which the Belgian government officially apologized in 2002.

From 1965 to 1997, the country was ruthlessly governed by Joseph-Desire Mobutu, who not only renamed the country as Zaire, but got a new stylish name for himself. He had to be called Sese Seko Kuku Ngbendu Wa Za Banga, someone who is all powerful, goes from conquest to conquest and his legacy is nothing, but flames of fire. After Mobutu’s departure, the country entered into series of other political conflicts that took 5.4 million lives between August 1998 and April 2007. It wasn’t a single conflict or a power struggle. There were wars within wars, conflicts within conflicts, involving armies of at least 7 nations, fighting and shedding blood in the Congolese soil.

Western stance on the DRCongo issue has been quite a paradoxical one. As long as the minerals were coming out of the country, nobody showed any concerns about serious human rights violations carried out during Mobutu’s dictatorship and even afterwards. France even supported the dictator till his last moments. The rest of the Western countries took Belgian reference when it came to the DRCongo, and Belgium’s historical involvement in the country hasn’t spared many happy stories to share.
Even now things haven’t changed so much though a number of peace deals have been signed in recent years. Many instances show that foreign mineral companies have, time and again, been responsible for fuelling instability in the region. In 2004, the Australian company Anvil Mining was found to be providing logistical support for a military siege when the Congolese troops carried out a mass murder and looting in the town of Kilwa. Forget about private corporations, even the UN peacekeepers were linked to a gold smuggling enterprise with local militias in Ituri in 2005, and a UN internal report concluded in 2004 that its troops were involved in sexual abuse and exploitation of women and girls in the region.

Players and perpetrators have changed overtime, but it is always Congolese people who pay the price when there is conflict and instability in the region.  Recent media reports show that violent clashes, killings, rapes and robberies are still going on in the eastern part of the country. According to a UN report, some 14,200 rape cases were registered in South Kivu alone between 2005 and 2007.

See Also: The Democratic Republic of Congo: A Historical Timeline

The DRC example clearly shows that mere availability of resources is not enough for development, instead, how   resources are used and who uses them is a crucial issue. For decades, foreign hands have just messed up many things in the DRC and virtually robbed the country, it’s now time that the people of DRCongo decide their fate themselves and use their mineral resources wisely for the benefit of all Congolese people.

There is no doubt that if the DRCongo is to be stable, the recently-elected parliament and the new government should make smart decisions in order to change the ways how mineral, oil and forest resources are managed. The young and newly reelected President, Joseph Kabila, said to be shy but smart and reform oriented politician, should ensure the constitutional right of Congolese to fairly benefit from their natural wealth, and stopping mineral trade in conflict stricken areas of eastern Kivu provinces would give a lot of respite to the locals in the region.

Things do have fallen apart in the DRC, but there is still an opportunity to assemble the things up and move towards a new direction of development, peace and prosperity. And for that a strong political will and sheer determination is a must.

(Published as an editorial piece on Global South Development Magazine April 2012, Manoj can be reached at manoj.bhusal@gsdmagazine.org)

By Olufunmilayo Akande The 2006 Convention on the Rights of Persons with Disabilities was aimed at promoting, protecting and ensuring the full and equal enjoyment of all human rights and fundamental freedoms by all persons with disabilities. However, despite the commitments made, disability remains largely invisible in most mainstream development agenda and processes both at global and local levels.
Read more

In DR Congo people say that mineral greed is not restricted only among the neighboring countries, even the UN peacekeepers who were sent there to bring order and peace seem to be eying the country's minerals.
Read more