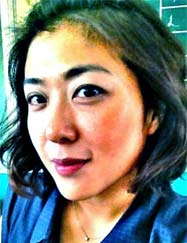 In the book, Sen describes development as ‘a process of expanding substantive freedom that people have’ (1999, p. 297). He also emphasizes the concept of ‘capabilities’, which is to enrich people’s own lives and to overcome difficulties through the expansion of freedom, which should be the ends and the means of development under a variety of structures.

In his perspective, economy seems to be a significant factor, but when looking at the relationships among three key notions – ‘freedom’, ‘capabilities’ and ‘development’; education does not seem to be linked or playing an important role at first glance.

Sen (1999) considers individuals as a conative agent of act, but the scope of an individual’s freedom could be limited by social influences. According to him, eliminating the limitations and barriers of substantive freedom could be regarded as a part of development. He mentions poverty, famines, disasters, gender discrimination, and irrational social issues as targets in need of removal. He discusses relationships between them and freedoms, capabilities and development.

While we generally consider that individual’s trials are important for better implementation and higher ranking results from competitions in education in developed countries; providing educational opportunities as a means of implementing supportive public assistance equally for all, based on the necessity of basic capabilities at the national level seems to be more significant in developing countries. Education could be regarded as a crucial factor for the development of capabilities as well as human development.

First of all, basic education such as reading and writing could improve an individual’s ability to acquire information, and provide more communication opportunities with society. These basic skills might be the most basic factors which could help people recognise the importance of the right to participation in elections or to exercise their civil rights.

Thus, the acquisition of these basic factors could bring changes to economic opportunities, and the entire life of the individual could be changed eventually.

Moreover, these educational opportunities could bring about more effects upon the quality and flourishing of individuals’ life than direct contributions. This means that, the general educational enhancement of individuals could bring social changes. It could further help other people to obtain benefits through expanding the social capacity of production and economic development.

This human development is explicitly useful, and its overall effects could be explained through relevant and comprehensive views. For instance, the relationship between education and economic development in some Eastern Asian countries like South Korea and Japan could be remarkable examples. Therefore, for the efficient delivery of the general effect of the social services, cooperative activities and support ventures should be considered at the national or local government level.

In terms of education, we can easily guess that it is significantly relevant to civic/social participation, environmental sustainability, health, and well-being/happiness. We might need to consider two crucial factors. Firstly, education should not be merely regarded as a mechanical tool, but available educational opportunities should be provided based on their value and priority instead. Secondly, the notion of human capabilities should be considered more than the view of Human Capital Theory where human-beings are regarded as human capital only. That is, human-beings and education should be stressed as both means and ends in the development process. This awareness brings together the previous descriptions of education in two perspectives.

This review tried to consider the importance of improving capabilities through education for development. Although, the explanation of the roles of education could be seen as merely theoretical, not as a pragmatic alternative, it was regarded as an essential and considerable target.

It is often said that education is a far-sighted national policy. This indicates that if education is regarded to function as the cornerstone of all sectors, eventually in the long-term, the necessity to be concerned with its importance and role could be more acceptable. Thus, for the better effectiveness of aid to pursue sincere development for people no matter where they live, we might need to consider the fundamental relationships between capabilities of both individuals and society/environment and how education helps to build these.

(Bak Hyejin is a doctoral student of lifelong learning from South Korea. Her interests include the relationship between education and development, especially continuous learning and network of teachers in terms of roles of education for development)

See Also:   How Free is Free Education in Kenya & Uganda?