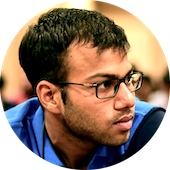 In 2010, when over 780 million people in India did not have access to sanitary toilets, a slow revolution was brewing across villages. Pramila, a gram-sevak (village volunteer) was a part of this revolution. She, along with her good morning squad, went from house to house inspiring people to start using toilets instead of defecating in the open. Within a year, she was able to help increase access to toilets from 25% to 100% in her village. Pramila was one of the many volunteers trained under a course supported by the Department for International Development (DFID). However, this course, and a multitude of other aid initiatives by DFID, may not go on for long. This is because the rumors of merging the DFID into the Foreign & Commonwealth Office (FCO) have come true. The effect of this merger on the UK’s aid initiatives has been widely discussed. In this post, I detail what impact this move will have on the poor across the globe.

End of a Democracy Builder

The failure of aid programs in having an impact on the lives of people has widely been investigated. It happens primarily because of the lack of strong grassroots democracy and good governance in the beneficiary states. Most aid funds in these countries are either hijacked by corrupt demagogues or come tied with corporate interests. DFID’s UK Aid, however, is untied, that is to say, it is not linked to other strategic or commercial interests of the donor. Furthermore, DFID’s approach to development has involved providing the target people both“freedoms from” and “freedoms to”.

DFID’s termination implies that the stock of knowledge and experience, accumulated and perfected over the years, will come to a disastrous end.

While the first would involve freedom from hunger, disease, etc., the latter involves freedom to speak, freedom to vote, and so forth. Such coupling of aid efforts with governance requirements efforts has helped entrench democracy in the receiving states. DFID works with local governments and checks how they utilize the aid. It has supported them in developing good governance approaches, which have gone on to create benefits even in those areas where DFID is not involved.

Additionally, DFID has regularly targeted international corruption, crime, and state-apathy in various parts of the world. As a result, it has been successful in creating long-term institutional changes through its initiatives. Merging DFID would bring much of this to an end. As focus shifts from holistic development to foreign policy agendas, aid will be naturally tied to many other interests.

What does this mean for international development efforts?

The DFID had a budget of close to $15 billion in 2019. This is a minuscule part of the over $165 billion spent every year in development assistance. However, the big distinction between DFID and many other aid initiatives is in the details.

Firstly, most aid initiatives fail to have the desired impact because of the lack of state-backed institutional capacity. DFID, on the other hand, has the backing of the UK government and the parliament, giving it an added layer of legitimacy.

Secondly, aid efforts often come tied with the neo-liberal agenda of privatization. This has been blamed as the single most important factor behind the failure of foreign aid.

When aid is tied to business and market, trade and growth replace poverty alleviation as the key goal. Additionally, political corruption naturally gets involved in such a scenario. This causes a problem of distribution as many competing interests seek to benefit from the promised funds. In the end, those sections of society who have traditionally captured resources, corner a disproportionately larger share of the aid funds. This is illustrated, for instance, in the failure of the Integrated Water Resources Management (IWRM).

When aid is tied to business and market, trade and growth replace poverty alleviation as the key goal.

The pre-supposition in the early 2000s that there was no “global water crisis” rather there was a “crisis of water management”, completely re-shaped the approach towards resolving water scarcity. Aid agencies started focusing on involving corporate water managers and made “water management” and not “water scarcity” their primary goal. The result was a continued lack of access to water and gross failure of aid. UK Aid, on the other hand, has maintained a policy of untied aid since the late 90s, keeping it independent of commercial interests. This period also saw consequent improvement in aid effectiveness, proving that untied aid works better.

Thirdly, DFID is under the constant scrutiny of media, parliament, and independent review agencies. This ensures that the focus is on the effective use of aid and not the furtherance of certain misplaced neo-liberal notions.

And Lastly, DFID does not attempt to work parallel to the governments, as many organizations do. Instead, it has worked along with the governments, ensuring that it transforms governance practices in the process. Especially, in cases of fragile states, where most organizations prefer working with independent agencies, DFID has championed an effective partnership model by focusing on local and grassroots government.

DFID’s termination and merger of the development agenda within the foreign office will imply that the agenda is relegated to a secondary position within a broader foreign policy framework. This will mean that the stock of institutional knowledge and experience, accumulated and perfected over the years by DFID will come to a disastrous end. Not only will many charities and organizations, which have been mentored by DFID, will lose out, but the international development agenda will also lose a star proponent.

Who will fill DFID’s void?

As the UK – like the USA under Trump – backs off from maintaining its global lead in promoting sustainable development, the void left would be filled by the other rising power: China. China has been seeking to engage in people-to-people initiatives and is eager to provide funding in exchange for political and trade benefits. Last year, Chinese aid to Africa increased to $15 billion. However, its funds are tied to Chinese commercial interests, usually mired in corruption, and often perpetuate unscrupulous governments.

China has always argued that its aid is condition-free. This, however, does not mean that the aid does not entail any strategic bargaining. What it means is that China makes no effort to bring institutional and political reform in the beneficiary state. The result is most of the aid is used for the political benefits of leaders. It has been surveyed that most of this aid ends up in the home regions of the heads of states. In addition, a large part of such aid is not utilized to help the people, but to undertake development which directly or indirectly benefits Chinese businesses.

In light of this, the cessation of DFID would be yet another blow to the west’s liberal-democratic agenda, creating the space for China’s despotism.

(Binit Agrawal is a final year student at the National Law School of India University, Bengaluru. He has a deep interest in law, policy, and development and is the founding- editor of Law School Policy Review)

More than 50 women have accused Ebola aid workers from the World Health Organization and leading NGOs of sexual exploitation and abuse in the Democratic Republic of Congo, a new investigation reveals.
Read more