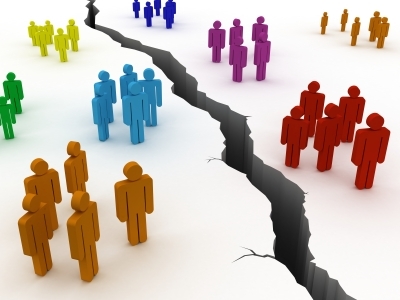 In its earliest stages the Internet was hailed as a great equalizer, a portent of a new world of information and freedom of access. Reality has been slightly different. Like all other spaces, the Internet too is gendered. It is not, contrary to popular perception, neutral. India is known for pervasive gender inequity and this also reflects in the skewed participation numbers of men and women online as well as what they use the internet for. However in recent years, there has been a steady shift in the numbers of women as well as how they engage online whether it is to use social media or to find information.

Take the case of Khabar Lahariya, an eight page weekly newspaper, which has the distinction of being managed entirely from writing and editing to production and distribution by women journalists in rural districts in the state of Uttar Pradesh in India. Its online counterpart, based in Delhi, publishes content that isshortlisted and uploaded by journalists and is unique in being available not only in English and Hindi but other languages as well such as Awadhi and Bundeli.

Poorvi Bhargava, Manager, Digital Content at Khabar Lahariya, talks about how Khabar Lahariya evolved to keep pace with the rise in internet use. As the use of cellphones becomes ubiquitous, she sees potential to expand Khabar Lahariya’s readership across different districts. The Internet is not entirely unknown in the districts where Khabar Lahariya operates but access still poses a challenge through costs, electricity access and language barriers. While the content focuses specifically on socioeconomic and political issues of various districts, its website has helped take its content to a more diverse set of readers, including urban media and students. This has increased the power its voice has as well as generated greater support for rural issues. It is also a platform where local issues are covered regularly and aren’t simply an occasional feature in the rural India special of a national media house.

But Khabar Lahariya is the exception in bringing together rural journalism and the online world. A majority of the platforms in India cater to a largely urban population for women[i]. Out of the 150 million Internet users in India, only 60 million are women[ii]. 50% of urban Indian women[iii] have access to the Internet as compared to 12%[iv] in rural India. One of the recent initiatives to address this in rural India, where there are several barriers such as access, cost, social norms, is through the launch of Internet Saathi. Google India and Tata Trusts have collaborated to fund specially designed Internet cycle carts to train women in using and accessing the Internet.

See Also: Making the Most of Mobile Phones

One of the first online platforms for women in India was Women’s Web. Aparna Vedapuri Singh, Founder-Editor, Women’s Web, talks about the gap in meaningful content for working women in women’s magazines a decade ago. It was this gap that motivated her to set up Women’s Web, which now has over 10,000 daily readers and sees active participation around issues such as work and careers.

Another platform is The Ladies Finger, which identifies as a feminist magazine and was started in 2012 to provide a space for discussions on contemporary issues with a clear feminist lens. These discussions are not limited to the website and Facebook and have also turned into efforts to gather resources. Nisha Susan, Editor, The Ladies Finger, highlights the example of how a Google database of gynecologists across India that provide non-judgmental and reliable advice to young and single women was created as a result of an article about the prudery and judgmental attitude of several gynecologists.

Genderlog India is a Twitter account, curated by different people from not only India but other parts of the world each week. Each curator focuses on a specific question or topic. Some discussions see large consensus and positive feedback – such as efforts to collate resources for trauma and healing for victims of sexual violence. But others, such as a recent discussion on the hijab, can be very polarizing and bring out the misogyny and trolling that makes the Internet such a difficult space for women. But so far, these platforms have done a good job of shutting down abuse and trolling. But as they expand, this may become harder as well.

Lively, thought-provoking debates that span websites, Facebook and Twitter, make the Internet in India a space where women (and others on the gender spectrum) can challenge status quo, talk about how they negotiate their personal and professional lives and share advice. Over the years platforms have evolved to diversify their content, to find the right balance between serious and light material. Content coverage has expanded as has the ways of engaging readers. There are newsletters, polls, campaigns and more. Writing styles have also taken on a more casual, interactive tone.

But this does not mean that it has been easy or always rewarding to be present online. All platforms need constant management, editorial supervision, and thought-provoking content. As Aparna Vedapuri Singh says, the product in this case is free and platforms have to find different ways to market and monetize it to sustain operations. The Ladies Finger remains volunteer-run; although they are looking to crowdfund to be able to pay reporters in coming years for travel and time.

The audience is still largely urban, but not just from metropolitan cities such as Delhi and Mumbai but also emerging ones such as Pune and Kanpur. There is also an emerging offline component to these platforms, though still nascent. For example, Women’s Web has started city chapters, led by regular readers and volunteers. The Ladies Finger will be co-hosting a film festival in collaboration with Godrej Culture Lab. These provide a chance to extend from the virtual world to the offline world. The Internet is evolving, as are its platforms and products as well as its audience. All of this will continue to shape how women in India engage online in their daily lives.

(Shruti is a student of International Development at the University of Minnesota and a Development Reporter at Global South Development Magazine. In addition, She also a background in Economics and several years of experience with a Foundation in India, working on initiatives related to community development, education, women’s empowerment and volunteering.)

By Winston Mwale Over 100 African Civil Society Organizations have called upon the South African government to investigate and bring to justice instigators behind the perpetration of the xenophobic attacks, as the continent is reeling from the violence.
Read more

18-year-old Adhir Pasvan from the east Indian state of Bihar, was trafficked and turned into a slave at a shoe manufacturing unit 1200 miles away from home. According to government reports, an astonishing 100,000 children go missing in India every year and many of them are never found.
Read more