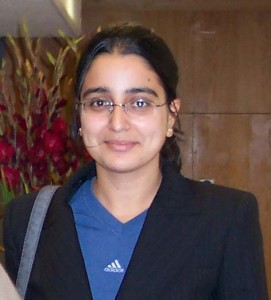 When many of her friends and colleagues were busy setting up their ambitious careers in big multinational companies, Nisha Singh, a management graduate of London Business School, UK and an electronics engineer of Mumbai University, decided to quit her job at Google and started working for the education of under-privileged children in her native city of Gurgaon, India. 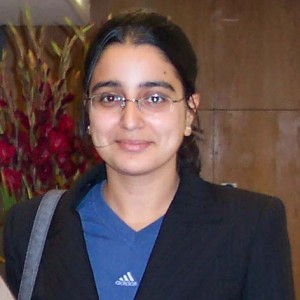 Her 2 years of experience in community activism made her realize that local politics was pivotal in shaping decisions and ensuring their implementation. Frustrated by slow and corrupt bureaucracy, she herself decided to stand in municipal elections and be a direct agent of change. In an interview with Global South Development Magazine, she explains the reasons behind joining politics and shares her future plans as a young politician. Excerpts:

Why did you decide to join politics? What’s your motivation?

I am standing for City Council elections because I want to make a contribution to improving the current state of civic infrastructure in Gurgaon. Condition of roads, traffic jams, cleanliness and hygiene of public places, safety of residents, availability of water and electricity are issues that impact the everyday quality of our lives. By getting civic authorities to direct their resources and funds to infrastructure building projects, without corruption take its toll, I can make a significant contribution.

Gurgaon is known as the Millennium City, as it is the hub of many technology giants and other big national and international companies. However, lately citizens have started referring to it as the Minimum City because of the deplorable civic conditions. In spite of so much being said and discussed in all forms of media, on social networking sites, issues being raised by citizen groups and efforts of Residents Welfare Associations, year after year we suffer the same woes. It is, as if, all this effort is wasted and no one seems to be listening because very little changes on the ground.

See Also: The Gendered Internet: Looking at Platforms in India

I too have tried to be effective in getting work done for my area by putting up issues in front of the officials of civic authorities. I have had some success but it takes a long time for things to move. The system is bureaucratic, red tape and slow. Hence, I have decided to stand for elections, if elected become part of the system and then influence the system in a positive way from within. I believe by becoming part of the system I can influence infrastructure development in Gurgaon in a more effective manner.

Isn’t it possible to serve your country/people as a committed professional also?

Yes it is possible to serve your country and people in an effective manner as a committed professional. Many not-for-profit organisations or NGOs in India operating in diverse areas like education, eradication of poverty, health issues and diseases, women and child welfare, environment, governance reforms etc are extremely effective in tackling these important issues. What they do and achieve is not something that can be substituted by any government programs. They play a big role in the social development of India and their advocacy efforts help to shape important social policies of the government.

It is also possible to serve our people and country by investing part of our skills, time and resources in activities that help to improve our environment, community, area or city. Many people are very effective in bringing about awareness to important issues by writing about them in media or writing blogs. Others volunteer their free time while others engage in philanthropy.

What I strongly believe is that we as citizens of a growing nation, each one of us, need to be socially aware and active in our own way. We can effectively deal with issues like corruption and social injustice by standing up against them. Likewise, protecting nature, water and energy conservation, pollution control is a responsibility of each one of us as our efforts can make a difference to our surroundings.

What do Indian youth think of politics? What have you seen so far?

Indian youth forms 40% of Indian population, a sizeable proportion, which will shape the future of India. In general there is a growing feeling that Indian politics, which has so far been dominated by the 50+ politician, needs young, educated and motivated people to become more politically active. Indian youth feels strongly about issues like corruption and bad governance. I think there is a growing interest among young and educated people who have no political background to come ahead and join politics in order to make a difference. Many such young people have reached out to me after seeing me stand for these elections. Such people, who will stand only for their ability and good governance, and not for their caste, region or religion, are the need of the hour. However, I think there is that uneasiness of unknown and of uncharted territory that stops them from taking the first step. Plus, any kind of support system that can guide, encourage and support such people is lacking in our country. I think the leading political parties should encourage young people to be more active in such societal issues. Further, the NGO sector should consider developing some kind of support systems that can help young people that are interested in pursuing politics as a career.

What do you think of the situation of human capital flight from India or from the developing world in general?

Human capital movement is a global trend and I think this trend will only grow with time as nations becomes more and more dependent on each other. People will move where the opportunities are. And it is not entirely bad. In fact it is good in many ways. When people move across nations they gain new perspectives, become more open minded and learn new skills. They become global citizens and contribute to not only their resident country but to their home country too. Take my example. I lived and worked in London, did my master’s degree in a business school there and the biggest learning for me was from my interactions with my classmates who came from over 50 countries across the globe. After 3 years of living abroad when I decided to return to India, I came back with a broader outlook and a greater ability to understand and relate to people and issues. There are many people who are now returning to India after living in developed countries. This is because the desire to return one day was always there, and combined with good career opportunities in a growing market, they are now able to take the step of returning.

Do you have any message to the youth of the developing world? Especially to the ones who are in the West?

The developing world has lot of challenges and opportunities ahead. My message to the youth is that these are exciting times to be young in the developing world. The youth need be completely committed to their personal growth, their nation’s growth and the growth of the world. By personal growth I mean being committed to acquiring education and skills so that they can make use of employment opportunities and raise their standard of living. By nation’s growth I mean becoming ‘aware citizens’; aware of their rights and of their responsibilities. Stand up for themselves and others when their rights are violated. Corruption is one of the biggest problems and biggest drain on resources that the developing countries face. The youth of the nation need maintain personal integrity and fight against corruption and other forms of social evils – like exploitation of women and children and hatred in the name of religion. When I say growth of the world, I mean developing a broad outlook where we respect other religions, faiths and cultures and also are committed to preserving and protecting the environment.

Child Marriages In Bangladesh: Will There Ever Be An End?

Child marriages in Bangladesh are still a sad reality, despite several efforts from different organizations for decades. Will it ever end anyway?
Read more

There is more to life than money and by now it is well established...
Read more